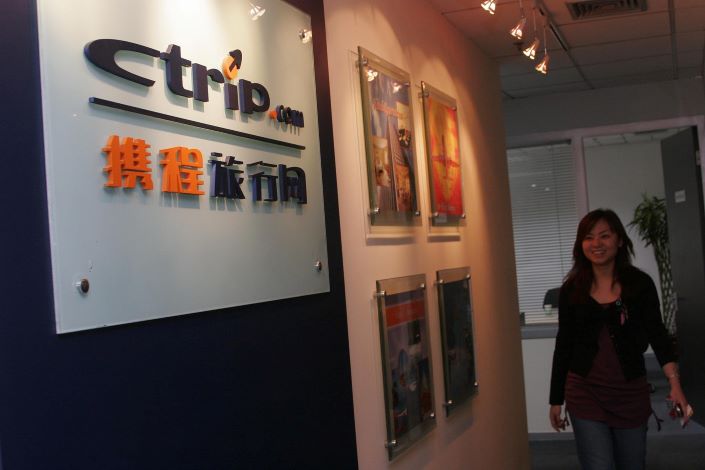 Chinese internet giant Baidu is selling part of its stake in the country’s leading travel-service platform Ctrip, according to a Wednesday filing.

Baidu plans to sell 31.3 million American depositary shares (ADSs) in Nasdaq-listed Ctrip, each of which represents 0.125 of one of the travel site's ordinary shares, Ctrip’s filing shows. This tranche of ADSs represent at least 30% of Baidu’s total stake in Ctrip and are worth around $1 billion, according to Caixin calculations based on Ctrip’s latest share price.

Baidu has held a stake in Ctrip since the latter merged with Baidu-backed rival Qunar in 2015. At present, Baidu owns just under 20% of Ctrip.

Baidu declined to comment in detail on the motives behind the decision. Research house Jefferies said that upon the completion of the deal, Baidu will remain Ctrip’s largest shareholder and be granted “greater strategic flexibility” thanks to cash gained in the transaction.

In June, the company announced plans to suspend the operation of its travel information platform Baidu Travel, which offered links to some Ctrip services, in order to carry out “business adjustments.” The suspension was interpreted as an attempt to shift attention away from its less-profitable units and toward priority projects like artificial intelligence and autonomous driving.

On Thursday, Baidu announced that a 45-vehicle fleet of robotaxis it co-developed with Chinese carmaker FAW had started piloting trips with real passengers in the central Chinese city of Changsha. Baidu told Caixin the trips at the moment are free and human staff will be on hand to respond in case of an emergency.