Opinion: The Rise of Stablecoins in the Race of Digital Money

By Tobias Adrian and Tommaso Mancini-Griffoli 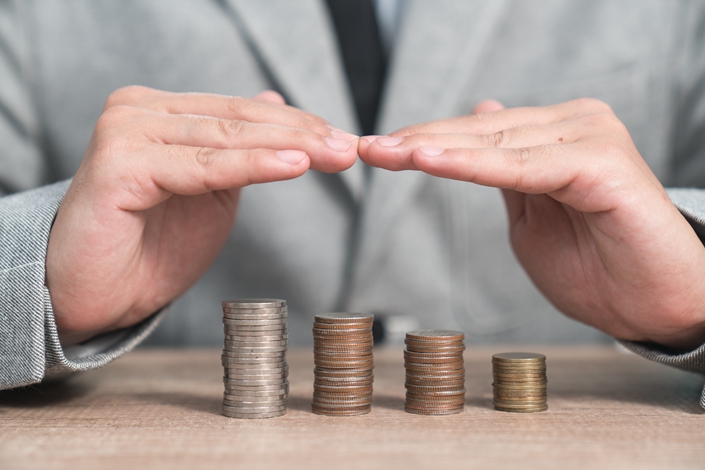 Adoption of new forms of money will depend on their attractiveness as a store of value and a means of payment. Photo: VCG

A battle is raging for your wallet. New entrants want to occupy the space once used by paper bills or your debit card.

Adoption of new forms of money will depend on their attractiveness as a store of value and a means of payment. Stablecoins, however, are significantly different from the popular incumbents: cash or bank deposits.

While many stablecoins continue to be claims on the issuing institution or its underlying assets, and many also offer redemption guarantees at face value (a coin bought for 10 euros can be exchanged back for a 10-euro note, like a bank account), government backing is absent. Trust must be generated privately by backing coin issuance with safe and liquid assets. And the settlement technology is usually decentralized, based on the blockchain model.

Times are changing. USD Coin recently launched in 85 countries, Facebook announced Libra, and centralized variants of the stablecoin business model are becoming widespread. So why are stablecoins taking off?

The strength of stablecoins is their attractiveness as a means of payment. Low costs, global reach, and speed are all huge potential benefits. Moreover, stablecoins could allow seamless payments of blockchain-based assets, and can be embedded into digital applications thanks to their open architecture, as opposed to the proprietary legacy systems of banks.

But the strongest attraction comes from the networks that promise to make transacting as easy as using social media. Payments are more than the mere act of transferring money. They are a fundamentally social experience linking people. Stablecoins offer the potential for better integration into our digital lives and are designed by firms that thrive on user-centric design. Large technology firms with enormous global user bases offer a ready-made network over which new payment services can quickly spread.

Risks of stablecoins abound, however — so policymakers must create an environment that minimizes them while maximizing their benefits. Policymakers will need to innovate and collaborate across countries, but also across functions. Here are six observations for them to consider.

First, banks may lose their place as intermediaries if they lose deposits to stablecoin providers. But banks are not sitting ducks. They will surely try to compete by offering their own innovations (and higher interest rates). Also, stablecoin providers could recycle their funds into the banking system, or decide to engage in lending by extending deposits themselves. In short, banks are unlikely to disappear.

Second, new monopolies could arise. Tech giants could use their networks to shut out competitors and monetize information, using proprietary access to data on customer transactions. New standards are needed for data protection, portability, control, and ownership. And services need to be interoperable to facilitate entry.

Third, weaker currencies could face threats. In countries with high inflation and weak institutions, local currencies might be shunned in favor of stablecoins in foreign currency. This would be a new form of “dollarization” and might undermine monetary policy, financial development, and economic growth. As countries are forced to improve their monetary and fiscal policies, they will have to decide whether to restrict foreign-currency stablecoins.

Fourth, stablecoins could promote illicit activities. Providers must show how they will prevent the use of their networks for activities like money laundering and terrorist financing by enforcing international standards. New technologies offer opportunities to improve monitoring, however supervisors will need to adapt to the more fragmented and geographically diverse value chain of stablecoins.

Fifth, stablecoins could provoke the loss of “seigniorage,” where central banks capture profits from the difference between a currency’s face value and its manufacturing cost. Issuers could siphon off profits if their stablecoins do not carry interest but if the hard currency backing them earns a return. One way to address this issue is to promote competition so issuers of coins would eventually pay interest.

Sixth, policymakers must reinforce consumer protection and financial stability. Customer funds must be safe and protected from bank runs. This calls for legal clarity on what kind of financial instruments stablecoins represent. One approach would be to regulate stablecoins like money market funds that guarantee fixed nominal returns, requiring providers to maintain sufficient liquidity and capital.

Stablecoins thus present as many conundrums as they do potential benefits — and policymakers would be wise to envision far-sighted regulatory regimes that will meet the challenge. The policies adopted today will mold the world of tomorrow.

Tobias Adrian is director of Monetary and Capital Markets at the IMF, and Tommaso Mancini-Griffoli is deputy head of the department. This opinion piece was first published on IMFBlog.