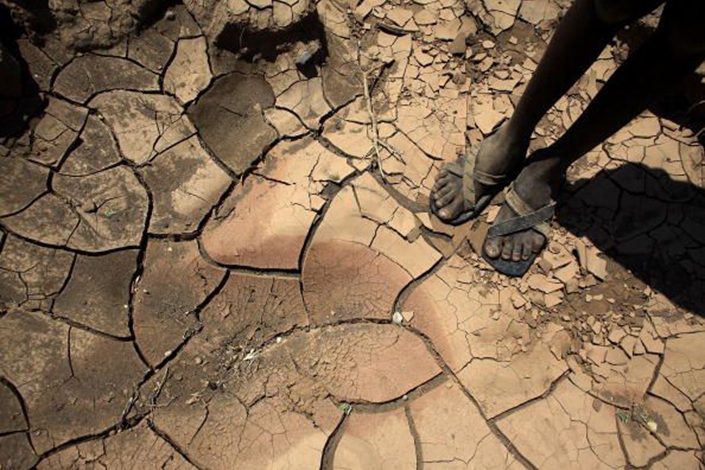 A young boy from the Turkana tribe in Northern Kenya stands on a dried up river bed on Nov. 9, 2009 near Lodwar, Kenya. Photo: Bloomberg

(Bloomberg)— The European Union is being urged to copy China’s Belt and Road Initiative to better channel the billions of euros in aid it sends to Africa each year.

The proposal for a single institution to deal with all aid to the continent is part of a report on the bloc’s external lending strategy circulated to EU diplomats and is due to be presented to the bloc’s finance ministers later this week. It includes the establishment of a “European Climate and Sustainable Development Bank” to consolidate the bloc’s development funding activities.

The report highlights that explosive population growth in Africa will be a source “of intense and disorderly migratory pressures” toward Europe in the years ahead, which will be further exacerbated by climate catastrophe and “natural resource degradation.” The EU should therefore “urgently” engage more in Africa, or risk its “global standing.”

According to the so-called group of “wise persons,” led by Thomas Wieser, a former senior EU official and crisis veteran, Europe should revamp its tools to deploy its development financing more effectively outside its borders and better equip itself for the challenges brought on by climate change.

The proposals come as the EU faces multiple challenges in its external borders, which could become further amplified by climate change. Other major powers such as China have already been investing much more aggressively in Africa.

Crucially, the report calls for boosting awareness of EU development policy and actions globally by creating an “overall branding and narrative” for the EU’s global development strategy and all related development financing similar to China’s Belt and Road Initiative.

The report warns that there are “overlaps, gaps and inefficiencies, sectoral and geographical, especially in terms of presence and experience in Africa, of the main European multilateral finance institutions.”

The institutions in question are the European Investment Bank (EIB), the EU’s internal lender, and the European Bank for Reconstruction and Development (EBRD), its development bank arm that had for years helped development in Eastern Europe.

“While the system collectively has a comprehensive range of development financial instruments available, there is a not a single EU strategy to define how these should be used in synergy to tackle the top-priority global challenges,” it said.

None of these would be easy, it said, as they would need backing at the highest political level and create additional capital needs.

“It is a matter of political urgency for Europe to be able to ensure that external financial instruments are used strategically, that they contribute to our wider political aims, enhance Europe’s leadership and reinforce its influence in the world.”