Chinese AI Project Is Under Review at MIT After U.S. Blacklists Company 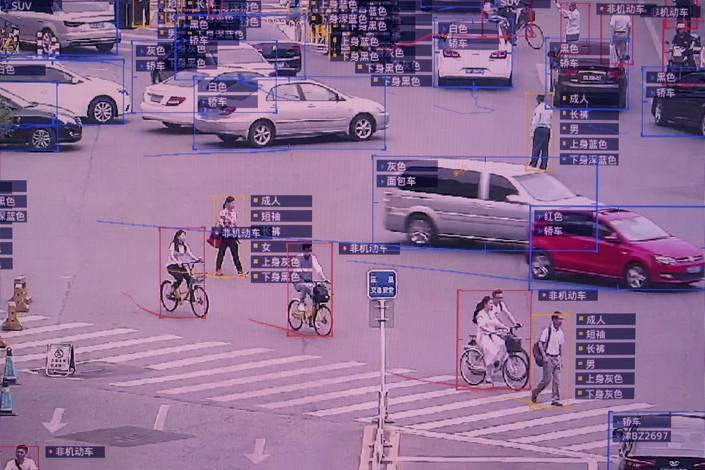 A screen shows a demonstration of SenseTime Group Ltd.'s SenseVideo pedestrian and vehicle recognition system at the company's showroom in Beijing on June 15, 2018. Photo: Bloomberg

(Bloomberg) — The Massachusetts Institute of Technology said it will review its relationship with SenseTime Group Ltd., an artificial-intelligence startup that was among eight Chinese companies blacklisted by the U.S. this week over alleged human rights violations. The relationship, described by the university last year as an effort to “confront some of the world’s greatest challenges,” adds to a series of business arrangements that have drawn scrutiny toward MIT this year.

“MIT has long had a robust export controls function that pays careful attention to export control regulations and compliance,” a spokeswoman wrote in an email. “MIT will review all existing relationships with organizations added to the U.S. Department of Commerce’s Entity List, and modify any interactions, as necessary.” Several professors involved in the alliance didn’t respond to requests for comment.

“We are deeply disappointed with this decision by the U.S. Department of Commerce,” a spokeswoman for SenseTime said in a statement. “We will work closely with all relevant authorities to fully understand and resolve the situation.”

The circumstances surrounding the blacklist are similar to a controversy at MIT earlier this year with two other Chinese companies, Huawei Technologies Co. Ltd. and ZTE Corp. They were among the first Chinese businesses targeted by the Trump administration. The school cut ties with those companies and said it had put in new standards for evaluating projects involving China, Russia and Saudi Arabia.

SenseTime was co-founded by MIT graduate Xiao’ou Tang, who studied underwater robotics and computer vision and received a Ph.D. in 1996. The Hong Kong-based company is the world’s most valuable AI startup and was considered a promising candidate for a blockbuster initial public offering until recent protests in its hometown put a damper on its listing aspirations.

Last year, MIT said SenseTime would be the first company to join a new MIT Intelligence Quest initiative, which seeks to “advance research into human and machine intelligence in service to all humanity,” according to a news release. The project aims to support fields ranging from materials to finance “while considering deeply the economic, cultural, and ethical implications of AI.” In August 2018, MIT unveiled new funding for 27 projects in areas like linguistics and biology that would be funded by the MIT-SenseTime partnership.

On Monday, the U.S. Commerce Department added SenseTime, a major developer of facial recognition technology, and seven other companies to a ban list, citing oppression of Muslim minorities in Western China by Beijing. American organizations are prohibited from having commercial relationships with companies on the blacklist, though some U.S. corporations have gotten around the ban through the use of international subsidiaries.

MIT is an investor in Qiming Venture Partners as well as an investor in Megvii Technology Ltd., according to data compiled by Bloomberg. Megvii also landed on the U.S. blacklist.