By Phillip Coorey and John Kehoe 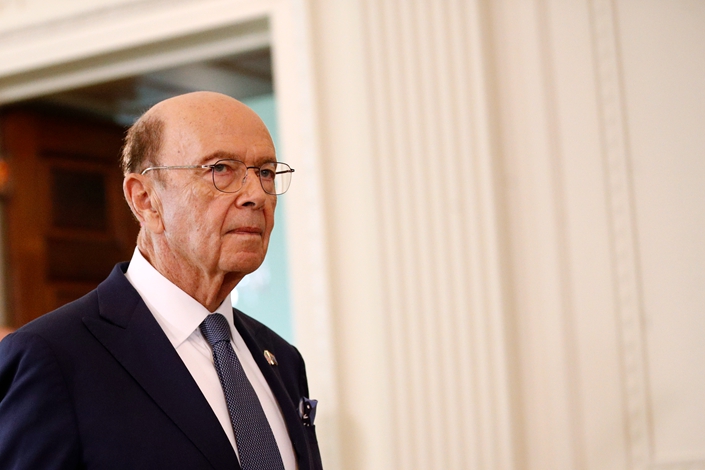 (Australian Financial Review) — The joint development of rare earths and other critical mineral deposits, which are vital to national security, will be high on the agenda for the visit to Australia this week by U.S. Commerce Secretary Wilbur Ross.

After Prime Minister Scott Morrison and President Donald Trump agreed during talks at the White House last month to enhance the development of the minerals in a bid to sideline China, Ross will hold further meetings in Canberra and Sydney this week ahead of high-level discussions between U.S. and Australian officials in Washington D.C. in November.

These discussions will aim to develop a “U.S.-Australia Critical Minerals Action Plan” that will improve the security and supply of rare earths and other critical minerals in the U.S. and Australia.

With China controlling at least 80% of global trade in rare earths, Australian and American defense and security officials have been in talks for months about developing alternative deposits both in Australia and the U.S.

A new report to be released on Wednesday by the U.S. Studies Centre at the University of Sydney says Chinese authorities have hinted that they may use their dominant position as a supplier of rare earths and associated manufactured goods to retaliate against U.S. restrictions on high-technology exports to China.

“Given the intensity of the U.S.-China trade war, the Trump administration has resolved that it is a national security priority to eliminate the dependence of the U.S. military on Chinese supplies of critical minerals, particularly rare earths and derivative products,” notes the report's author, David Uren.

A Trump administration official said during Morrison's visit: “We [are] looking at different ways in which we can pool our expertise and our resources to make sure that there's a stable and secure global market that's not easily disrupted by shocks and outside influences.”

Critical minerals, including rare earths, lithium, copper and cobalt, are a vital part of the defense supply chain, being used in everything from weapons guidance systems to improving the durability of electronics used in the field. They are also vital for wind turbines and electric vehicles.

ASX-listed Lynas is the biggest supplier of rare earths outside China, and is edging closer to making an official call on building a first-stage processing plant next door to BHP’s Nickel West operations outside Kalgoorlie, in Western Australia.

Ross is expected to meet Morrison, Trade and Investment Minister Simon Birmingham and business leaders during the visit.

The U.S.-China trade war and broader U.S.-Australia trade and investment relations are also expected to be discussed during Ross’ visit.

He will be the keynote speaker at an American Chamber of Commerce in Australia lunch on Thursday in Sydney, in an address promoting Ross as the “principal voice of business in the Trump administration”.

The U.S. Studies Centre report probes whether the government should use taxpayer money to develop rare earths.

“Australia has at least half a dozen rare earth projects ready for development but needing commitments from potential customers and financiers,” Uren noted.

“Neither banks nor equity markets will finance them.

“The Australian government could, at a stretch, use the ‘national interest account' at Export Finance Australia to assist.

“However, it would have to go into any such commitment with its eyes open to the possibility of losses to the taxpayer – rare earths have often been in oversupply with poor prices.”

The Morrison government has put a heavy focus on downstream investment in rare earths and other so-called critical minerals processing since their supply emerged as a flashpoint in the trade war between Washington and Beijing.

Lynas is the only non-Chinese supplier of any scale for rare earth materials such as neodymium and praseodymium used in permanent magnets. In partnership with Blue Line Corporation, the company is working on plans to develop a heavy rare earth separation capacity at a plant in Texas.