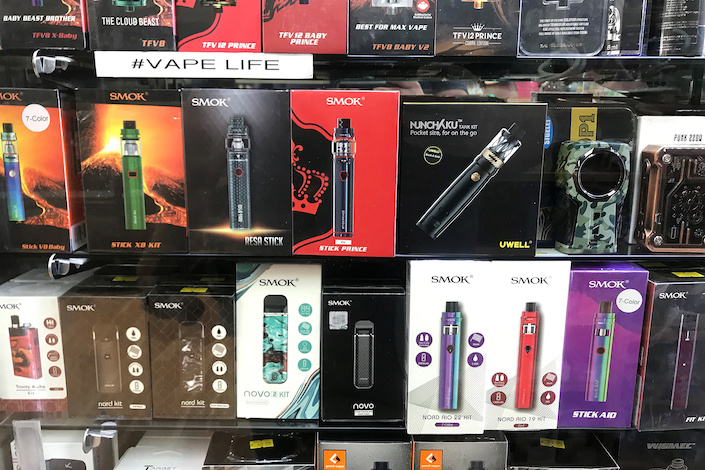 Two of the biggest Chinese e-commerce giants said they will stop selling e-cigarette and accessory products to U.S. buyers amid a proposed ban on certain flavored vaping products after rising lung injury cases associated with vaping.

Alibaba Group said Wednesday that starting Oct. 10 listings for vaping products will not be displayed for U.S. users and orders from U.S. buyers will be blocked.

JD.com Inc. announced a similar move, saying any shipping of vaping products to the U.S. will be suspended, according to a Chinese media report.

Vaping products have been linked to a deadly lung illness that is reported to have led to 18 deaths as of Oct. 1, with 1,080 confirmed and probable cases of the lung injury, according to the U.S. Centers for Disease Control and Prevention.

U.S. President Donald Trump recently called for the Food and Drug Administration to ban all non-tobacco-flavored e-cigarettes from the market.