NBA Preps for Exhibition Games That Were Supposed to Build Goodwill 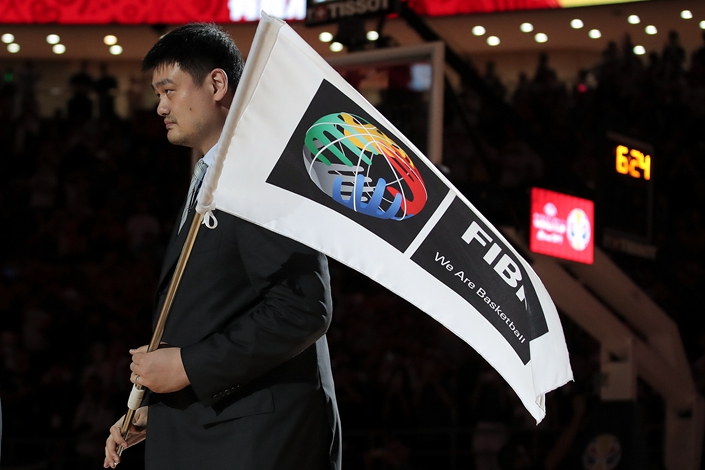 (Bloomberg) — The NBA prepared Thursday in Shanghai for an exhibition game between two of its most valuable teams, setting the stage for a tense and politically fraught scene after a basketball executive’s weekend comments about protests in Hong Kong enraged the Chinese government.

Almost all Chinese sponsors have cut their ties with the U.S. basketball league, and local celebrities who were scheduled to attend Thursday’s matchup between the Los Angeles Lakers and the Brooklyn Nets have canceled their appearances. They denounced a tweet late last Friday by Daryl Morey, general manager of the Houston Rockets, who expressed support for the Hong Kong protesters challenging Beijing’s rule.

The game — the first of two — won’t be televised in China, but it’s supposed to be broadcast internationally, including on the NBA TV in the U.S. As of early Thursday in China, it was still scheduled to go on, potentially putting league Commissioner Adam Silver in the position of having to air a game with empty stands. Tipoff is scheduled for 7:30 a.m. New York time.

“While it might seem pointless to play at this point, the NBA has too much invested in the market to abandon its plans,” said Paul Swangard, who teaches sport brand strategy at the University of Oregon. “Behind the curtain of government-led boycotts is a massive citizen fan base I believe will ultimately forgive the NBA because they don’t want their sports mixed with politics.”

International exhibition games like these are usually star-studded, feel-good affairs — used by the league, its players and sponsors to build a bigger fan or customer base. The NBA has spent years cultivating international interest, especially in China, and is widely viewed as the most global of the major U.S. sports.

But things turned nasty late last week after Morey tweeted his support for pro-democracy protesters in Hong Kong. The Rockets, where China-born All-Star Yao Ming played his whole career, are especially beloved in that country.

The reaction from China was immediate. Both broadcasters with local rights to the Thursday and Saturday preseason games — state-sponsored CCTV and Tencent Holdings Ltd. — backed out. The Chinese pro basketball league distanced itself from the Rockets, as did a number of the country’s biggest e-commerce sites. Chinese companies that sponsor the NBA and its China series walked away from their partnerships.

While that created speculation the games might be called off, the league is moving forward as planned for now. NBA TV is scheduled to air the first game on U.S. pay-TV services Thursday from the Mercedes-Benz Arena in Shanghai. ESPN has the second, Saturday in Shenzhen.

“There’s a lot of heat around this. This one goes beyond sports,” said Chris Bevilacqua, a New York-based media consultant. “From ESPN’s perspective, even if there’s no one in the building this thing will have interest beyond the basketball fan.”

ESPN spokesman Chris LaPlaca said the number or lack of fans in the arena won’t change the network’s coverage.

If fans do fail to show, it won’t be a first for a major sporting event. Soccer is sometimes played in empty stadiums if there are security concerns or if a team is being punished for the prior behavior of its fans.

In 2015, baseball’s Baltimore Orioles and Chicago White Sox played an afternoon game with no fans because of concerns about civil unrest following the death of a young African-American man in police custody. The game was broadcast in both local markets and was offered free nationwide on MLB’s digital offering.

That said, the NBA is in uncharted waters this week. The furor over Morey’s tweet has mushroomed into a full-scale international crisis for the league. The most popular U.S. sport in China, pro basketball has been in damage control for days, trying to protect its multibillion-dollar business interests there and support Morey’s right to express his opinion.

Many Chinese fans have expressed anger over Morey’s since-retracted tweet and the league, which they believe failed to denounce his message. Other fans who still want to attend the games may choose to stay home because of the controversy.

President Donald Trump also weighed in Wednesday, targeting head coaches Steve Kerr of the Golden State Warriors and Gregg Popovich of the San Antonio Spurs, both of whom have criticized him in the past. Kerr has declined to comment on the controversy, while Popovich defended Silver.

“The NBA, they know what they are doing,” Trump told reporters at the White House. “But I watched the way that Kerr and Popovich and some of the others were pandering to China and yet to our own country, it is like they do not respect it.”

The NBA’s China business is the product of decades of work expanding the game across the country. The NBA was the first U.S. league to televise games in China, the first to put an office in China, and the first to play games in China. Tencent, which has a five-year $1.5 billion deal with the league, is the NBA’s largest partner outside the U.S.

The two exhibition games will feature some of the NBA’s biggest stars: The Lakers’ LeBron James and new teammate Anthony Davis, along with a recent free agent signed by the Nets, Kyrie Irving.

The controversy, along with the appearance of major stars and the prospects of them playing in an empty or near-empty arena, should stoke viewer interest worldwide.

“People are going to tune in and see what happens not only during the game but before and after,” said Lee Berke, a media consultant. “It’ll attract more attention than it usually would.”