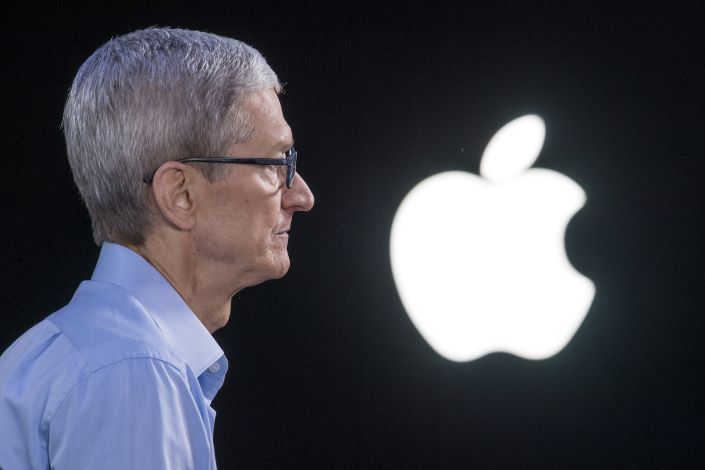 (Bloomberg) — Apple Chief Executive Officer Tim Cook defended the company’s decision to remove a mapping app in Hong Kong, saying on Thursday that the company received “credible information” from authorities indicating the software was being used “maliciously” to attack police.

Apple pulled HKmap.live from its App Store on Wednesday after flip-flopping between rejecting it and approving it earlier this month. Apple made the decision after consulting with local authorities, because it could endanger law enforcement and city residents. Cook echoed that sentiment in an email to Apple employees.

“Over the past several days we received credible information, from the Hong Kong Cybersecurity and Technology Crime Bureau, as well as from users in Hong Kong, that the app was being used maliciously to target individual officers for violence and to victimize individuals and property where no police are present,” Cook wrote in the memo, a copy of which was obtained by Bloomberg News. He also said the app violates local laws.

The company has been criticized for the move, and Cook addressed that. “These decisions are never easy, and it is harder still to discuss these topics during moments of furious public debate,” the CEO wrote. “National and international debates will outlive us all, and, while important, they do not govern the facts. In this case, we thoroughly reviewed them, and we believe this decision best protects our users.”

Apple joins other foreign companies struggling to navigate the anti-government movement in Hong Kong as protests that began in June show no sign of abating. The issue has become a red line for those doing business in China, most recently drawing the National Basketball Association into a firestorm over a tweet supporting the protesters that caused partners to stop doing business with the league and state television to halt airing games. A growing number of American giants, including Activision Blizzard Inc., find themselves embroiled in controversies over the extent to which their actions are influenced by economic considerations in a vast Chinese market.

Google, which pulled out of mainland China years ago, confirmed on Thursday that the HKmap.live app is still available in the Play app store in Hong Kong.

Charles Mok, a legislative counselor in Hong Kong, said he was “deeply disappointed” by Apple’s move and contested the company’s reasons in an open letter to Cook, which he posted on Twitter. “Information shared using HKmap.live in fact helps citizens avoid areas where pedestrians not involved in any criminal activities might be subjected to police brutality.”

“We disagree with Apple’s claim that our app endangered anyone” in Hong Kong, the developer said in a statement.