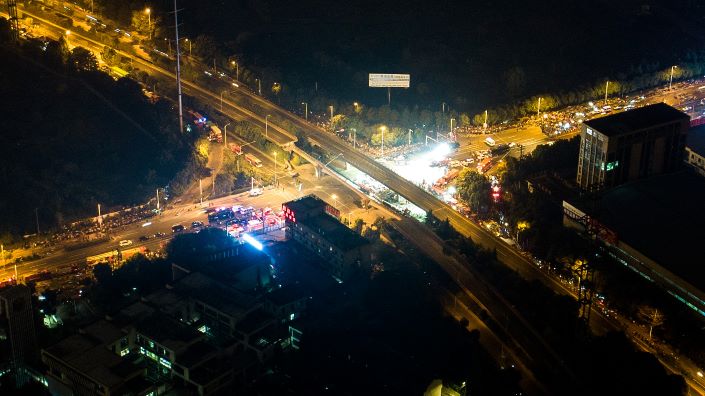 In videos spread on social media, a section of an overpass at a busy intersection of the 312 national highway appeared to sway before toppling to one side, apparently crushing at least three cars making left turns, as well as one parked vehicle.

The owner of a dumpling restaurant near the site of the incident, surnamed Yu, witnessed the scene. He told Caixin that many large vehicles were present on the bridge at the time, one of which was a truck carrying six large coils of steel. Yu speculated that the truck caused the collapse.

A staff member in a nearby hotel, surnamed Wang, told Caixin that the vehicles on the bridge were logistics trucks carrying heavy steel plates. Local residents of Wuxi said that the vehicles along the overpass often appeared to be overloaded. The city is the largest stainless steel distribution center in East China and one of the largest in the whole country.

Local authorities confirmed Friday morning that three people had been killed and two were injured. Officials said Thursday evening that the bridge may have collapsed due to a heavily overloaded truck, Chinese state media reported.