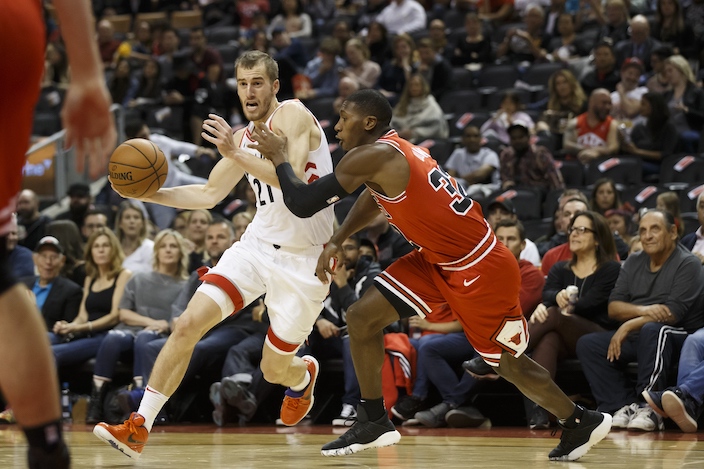 Chinese social media giant Tencent resumed online streaming of NBA games after a ban on coverage of the extremely popular sporting event. The suspension was prompted by a since-deleted tweet last week in support of Hong Kong protests by the general manager of the Houston Rockets professional basketball team.

Tencent broadcast two National Basketball Association preseason games Monday and released a streaming schedule on its sports platform for more preseason games that will be played outside China.

Tencent didn’t reply to requests for comment, but it is expected to resume all NBA games eventually, according to people familiar with the matter.

Tencent acquired exclusive rights to stream NBA games in China in 2015 through a deal worth $1.5 billion. On Oct. 8, it announced the suspension of streaming of NBA preseason games played in China after the tweet by Houston Rockets General Manager Daryl Morey and a response by NBA chief Adam Silver sparked outrage in China and an NBA boycott by Chinese business partners. The suspension doesn’t include NBA games that are played in the United States.

CCTV also said it would not air NBA preseason games played in China. The state broadcaster hasn’t said whether or when it would resume broadcasts.

When asked about Tencent’s decision, China’s foreign affairs spokesman Geng Shuang said sports have always played an important role in promoting China-U.S. exchanges and friendship. “Be it in China or the U.S., mutual respect is a prerequisite for conducting exchange and cooperation,” Geng said Monday at a routine press conference.