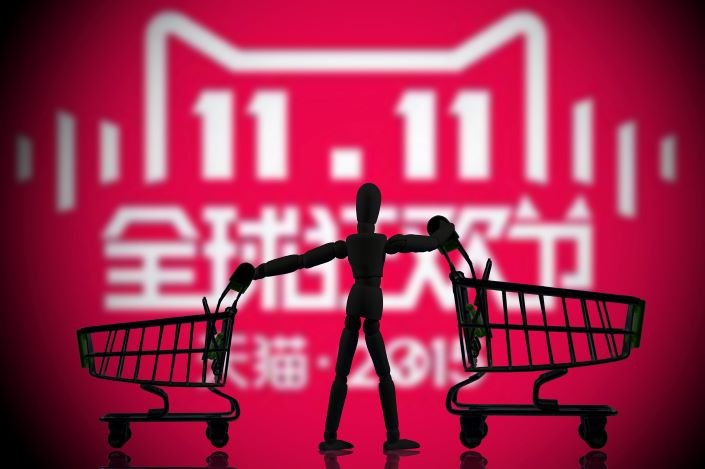 With China’s annual “Double 11” online shopping extravaganza less than a month away, two of the country’s major e-commerce platforms are embroiled in a legal tussle over whether it’s fair to make online merchants “pick sides.”

JD.com claims its main rival, market-leading Alibaba, has long forced its merchant partners to sign exclusive cooperation agreements for the right to sell their wares on its e-commerce platforms, which include Taobao and Tmall. The agreements essentially prevent vendors from selling their wares on JD.com and other e-commerce sites.

JD.com claims the agreements are an “abuse” of Alibaba’s market-leading status, and is demanding that the Jack Ma-founded internet behemoth pay more than 1 billion yuan ($142 million) in compensation, cease the practice, and issue a formal apology. Alibaba denies its actions are illegal.

The case, according to an official filing, will be heard at the Beijing Municipal High People’s Court. No date has yet been set for the hearing.

Neither Alibaba nor JD.com responded to Caixin’s requests for comment.

But on Monday, Wang Shuai, a marketing executive at Alibaba, weighed in with his own views on the subject. Without naming JD.com directly, Wang said in a post on his personal Weibo microblog that the practice of “choosing one of two” is “normal market behavior” that guarantees “good money crowds out the bad.” Wang added that because e-commerce platforms offer vendors large amounts of costly resources, like advertising and subsidies, they can only collaborate with brands that demonstrate the most “sincere” willingness to cooperate.

In June, home appliance maker Galanz accused Alibaba of blocking traffic to its products in retaliation for the former’s tie-up with rival platform Pinduoduo during the mid-year “618” online shopping festival. Later the same month, the China Household Electrical Appliances Association, the country’s top industry organization for household appliance manufacturers, cited the Galanz case in calling on all e-commerce platforms to stop forcing brands to “pick sides” and requesting that regulators crack down on such restrictive behaviors.