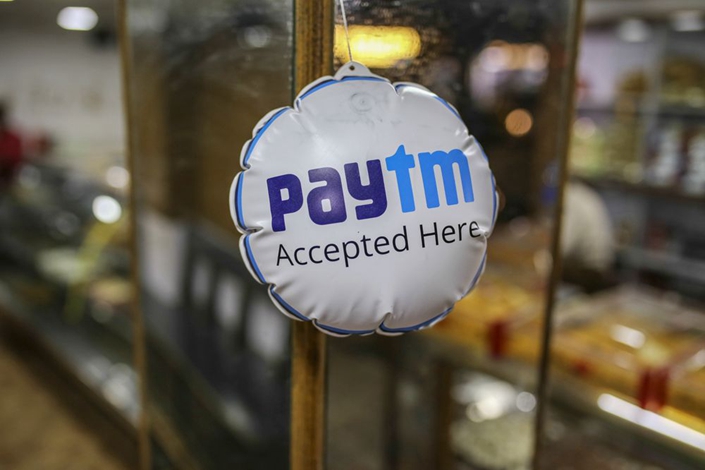 (Bloomberg) — Paytm is close to scoring $2 billion of new financing from investors including Jack Ma’s Ant Financial and SoftBank Group Corp., a person familiar with the matter said, describing a mega-deal that will raise the temperature in India’s increasingly heated financial payments arena.

Rob Citrone’s Discovery Capital Management is also in discussions to join a funding round that values the country’s top online financial services firm at $16 billion, the person said, asking not to be identified talking about a private deal. The funding will be split evenly between equity and debt and is aimed at helping Paytm fend off an influx of rivals, the person said. Talks are in their final stages but the terms could still change, the person added.

If a deal is finalized, Paytm could outstrip fellow high-profile Asian startups such as Grab and Gojek in valuation. Billionaire Paytm founder Vijay Shekhar Sharma is raising capital to protect the startup’s share of a potentially $1 trillion Indian payments market from newer entrants Facebook Inc., Alphabet Inc.’s Google and Walmart Inc.-owned Flipkart’s PhonePe. Over the past year, a string of new apps have made payments increasingly easy, bringing discounts and cash bonuses to young, smartphone-savvy users.

Paytm remains the leader for now. The firm has in a decade become India’s biggest digital payments brand, attracting big names in investing from Alibaba co-founder Ma and SoftBank founder Masayoshi Son to Warren Buffett. Sharma got a huge boost in 2016 after India’s government moved to eliminate most of the nation’s paper money in circulation in a bid to curb corruption. His startup, a pioneer in the country’s nascent field, saw tens of millions of consumers and hundreds of thousands of businesses sign up for digital services in a matter of months.

“India is a large market,” said Kunal Pande, head of financial services risk consulting at KPMG. “Digital payments adoption is growing quickly, yet there is room for massive growth as users get comfortable transacting digitally. The large business opportunity makes it attractive for both domestic startups and large global players.”

Sharma is now extending his online empire into e-commerce and banking, even as others encroach on his turf. The Indian payments market remains a chaotic field where the rules are hazy on what players can offer, yet its promise has lured a string of competitors including Indian banks, its postal service and its richest man, Mukesh Ambani.

Credit Suisse Group AG now estimates that the Indian digital payments market will touch $1 trillion by 2023 from about $200 billion currently. It’s a market with huge potential: Cash still accounts for 70% of all Indian transactions by value, according to Credit Suisse, and neighboring China is far more advanced with a mobile payments market worth more than $5 trillion.

Ant Financial, China’s largest provider of internet financial services and one of Paytm’s earliest backers, has said it will continue investing in mobile-payment providers around the world to boost offshore revenue and buttress itself against rising competition and tighter regulation at home.

It’s not clear how much SoftBank would contribute, but the Japanese company is going through a rocky stretch. SoftBank’s shares are down about 30% from their peak this year as investors, unnerved by the WeWork turmoil and Uber Technologies Inc.’s disappointing debut, grow skittish about startup valuations.