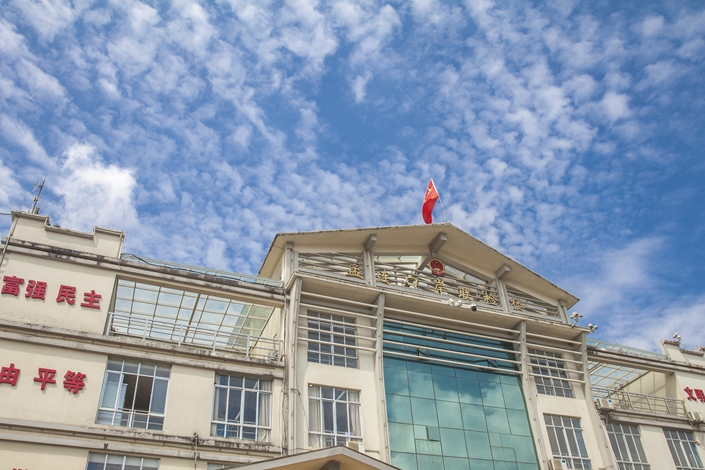 The Menglian customs station in Yunnan province on the China side of the China-Myanmar border. Photo: VCG

China has frozen a number of social media accounts suspected of engaging in fraud along its border with Myanmar as part of a clampdown on telecom fraud believed to be originating in northern parts of the Southeast Asian nation.

Some users of popular programs like QQ, WeChat, and Alipay found their accounts suddenly became inaccessible on Monday, according to domestic Chinese media reports. Some users on Chinese social media posted screenshots bearing a pop-up message stating that their accounts had been suspended “because the account is suspected of fraud.”

Caixin was unable to independently verify the screenshots or confirm how many people were affected.

On Tuesday, an affiliate of the criminal investigation department of China’s Ministry of Public Security published a notice on its official Weibo account saying the shutdowns were in response to “rampant” telecom fraud emanating from northern Myanmar that “seriously violated the people’s property security.” The notice did not specify the nature of the fraud, its suspected perpetrators, or when normal service will be resumed.

The porous China-Myanmar boundary is a well-documented hotbed of cross-border telecom fraud. Gangs of Chinese scammers typically reside in Myanmar and liaise with contacts in China to fool unsuspecting phone users into handing over their personal details, before stealing money from them.

Similar cases were also recorded in August and June, according to state media outlet Xinhua.