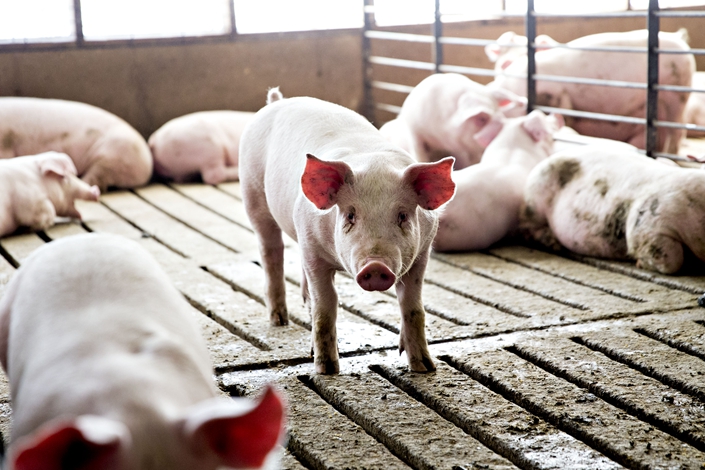 (Bloomberg) — U.S. meat companies are changing how they source pigs in a bid to target Chinese demand, after an African swine fever outbreak decimated the Asian nation’s hog herd and caused an acute pork shortage.

A unit of Arkansas-based Tyson Foods Inc. became the latest supplier to say it will prohibit ractopamine in hogs it buys from farmers, as it seeks to eliminate the feed additive banned by China from its supply chain. The move positions the companies to step up exports to fill the shortfall, as China negotiates to end an 18-month trade war with the U.S.

“This paves the way for rapid and increasing shipments to China,” said Dennis Smith, a senior livestock analyst and broker with Archer Financial Services. With the ASF disease decimating hog herds across Asia, Vietnam and South Korea are also likely to need more pork, while North Korea is also reportedly having hog problems, he said.

Swine fever is spreading across Asia, infecting millions of pigs and causing unprecedented losses. Hardest hit is China, home to half of the world’s hogs, where prices of pork have soared. The nation’s companies have bought U.S. agricultural products including 20 million tons of soybeans and 700,000 tons of pork so far this year and will accelerate its purchases, Foreign Ministry Spokesman Geng Shuang told reporters on Tuesday.

China suspended meat imports from Canada earlier this year after detecting ractopamine in a shipment from a Quebec-based processor. While the U.S. Food and Drug Administration approved the feed additive’s use in 1999, the Asian nation has banned it since 2002, arguing the drug can harm people who consume meat raised with it.

“They can sell to China, or sell to the countries the EU and other suppliers used to sell to,” said Alan Brugler, president of Brugler Marketing & Management LLC. There are “way more” nations that ban ractopamine than those that allow it, he said, adding that maintaining a split supply chain where only some meat is free of ractopamine adds to costs.

Tyson has told suppliers feed samples will be taken from farms and sent to a lab to test for ractopamine, a spokesman for the company confirmed. Testing of pigs will happen at the company’s plants.

If all U.S. suppliers were to prohibit ractopamine, that would reduce American pork production by 110 million pounds a year because pigs would be leaner, according to Dan Basse, president of AgResource Co.

Tyson said farmers were notified of the change Wednesday and have until Feb. 4 to meet the new requirement. The company has been offering limited ractopamine-free pork to export customers by working with farmers who raise hogs without it, and by segregating the animals and products at processing plants. These programs no longer adequately meet growing global demand, Tyson said. Its prohibition will begin February 2020.

“This is a reaction to JBS doing the same thing, so they can open up their export opportunities to China,” said Michael McDougall, a broker at Paragon Global Markets in New York. It’s going to take China “a long time to recover, allowing countries like the U.S., Brazil and the EU to export.”