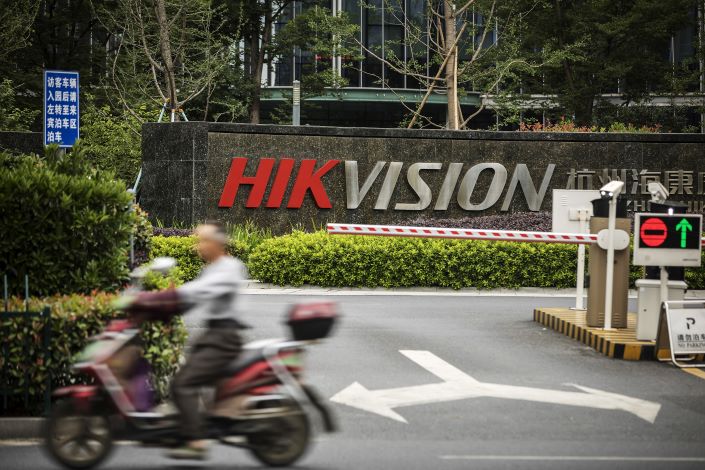 (Bloomberg) — Hangzhou Hikvision Digital Technology warned it may lose customers in overseas markets because of its U.S. blacklisting, underscoring the extent to which curbs on the sale of American technology may hurt the world’s largest video surveillance business.

Executives at the Chinese camera provider, which reported profit in line with estimates Friday, said however the company was large enough to withstand U.S. sanctions and develop its own technology in the longer term. Its own market remains a rich source of revenue even though the U.S. business is also shrinking, a trend that may persist for a while, Huang Fanghong, a Hikvision senior vice president, said on an earnings call on Saturday.

Hikvision found itself in the cross-hairs of the Trump administration this month after it joined other Chinese companies — including Huawei Technologies — on an Entity List that prevents American firms from supplying it with components and software. The seller of video cameras used around the world in surveillance was accused of involvement in human rights violations against Muslim minorities in the far-western region of Xinjiang, allegations that the Chinese government has denied.

Hikvision executives say they had anticipated the action and stockpiled enough key parts to keep operations going for some time. The company has said it didn’t foresee a major impact on its business as a result of the ban.

In Huawei’s case, for instance, some suppliers including Intel Corp. and Micron Technology Inc. developed workaround solutions to the prohibition. Most of Hikvision’s American suppliers are continuing to do business with it, while abiding by export regulations and without the need for special licenses, according to Huang.

“We have made a great deal of preparations, from a year ahead of the ban,” said Huang. “There’s no way for us to fully discuss the impact from the entity list in 10 days. We need more time to talk to our suppliers and customers. A steady component supply is key in this process, no matter if we decide to use original materials or a replacement design.”