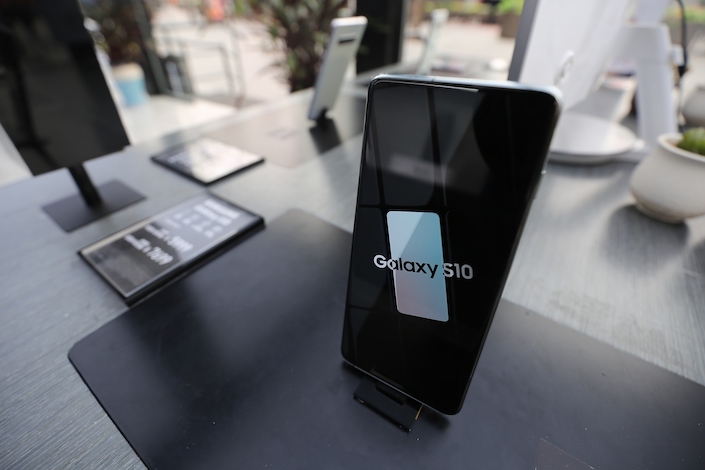 Bank of China shut off access to its mobile banking system via fingerprint recognition of users of some Samsung products after a flaw was detected in the mobile device maker’s system.

Users of two Samsung mobile phones and one tablet were affected, according to the state lender. People with such devices can access the bank’s services through other security features, the bank said.

Samsung’s fingerprint security issue was disclosed more than a week ago after a British user of a Galaxy S10 reported the ability to unlock her device using unregistered fingerprints.

Samsung said last week it was aware of the issue and will soon issue a software patch to fix the problem. The company said the malfunction was probably related to the use of screen protectors.

Analysts said the incident’s impact on China will be minor as Samsung’s market share there declined to less than 1% as of the end of June. Analysts said they expected a continued decline in China sales share for Samsung in the third quarter as rivals including Apple and Huawei gain.

Samsung has remained the world’s largest smartphone vendor with 22.7% of the global market, according to IDC.