Huawei to Start Sales of $2,400 Foldable Phone Next Month 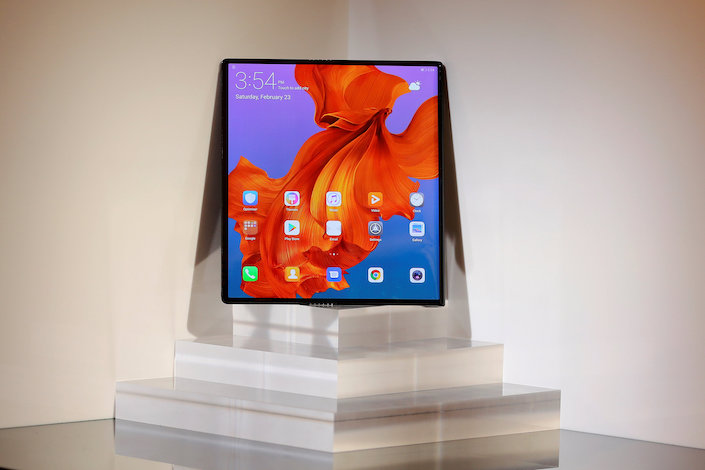 Huawei Technologies plans to launch its much-anticipated foldable Mate X phone initially only in its homeland.

Retail sales of the futuristic-looking smartphone will start Nov. 15 at 16,999 yuan ($2,400). That would make the unit’s price nearly $1,000 more than that of the most expensive iPhone model and $410 more expensive than Samsung’s rival Galaxy Fold, which went on sale last month.

Huawei currently has no plans to sell the Mate X overseas because it won’t be able to keep up with demand in China’s market, said He Gang, head of Huawei’s mobile phone division. Mate X has a monthly production capacity of only about 100,000 units, He said previously.

He said Wednesday that Huawei has sold more than 200 million phones so far in 2019, hitting that milestone more than two months earlier that it did last year. He projected that total phone sales this year will reach 240 million to 250 million units, an increase of 16.5% to 21.4% over last year. The sales increase mainly came from the domestic market while overseas sales declined, He said.

In addition to Mate X, Huawei Wednesday launched a series of other hardware products, including 5G VR glasses and a smart watch.