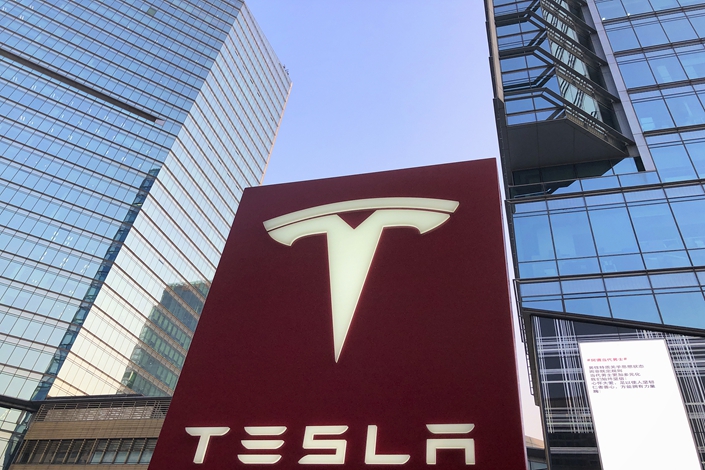 Tesla’s vast new Shanghai factory is inching closer to full operation after the U.S. electric car-maker announced that it had successfully trialed production at the facility.

“We are already producing full vehicles on a trial basis, from body, to paint, and to general assembly, at Gigafactory Shanghai,” Tesla said in its third-quarter earnings update, which was published Thursday.

Tesla founder Elon Musk said on an investor call that the Shanghai factory has so far built four vehicles and will be a “template” for the company’s future growth.

The trials are a milestone on the path toward obtaining a full manufacturing license in China, the company added.

The California-based automaker sees China as a key contributor to its global sales. It is currently moving through the final procedures for the manufacturing license, which would allow the company to ship vehicles produced in Shanghai across the rest of China.

Tesla is betting on the popularity of its flagship Model 3 sedan to rev up its China business. The company has previously ingratiated itself with the country’s consumers by slashing prices of the Model 3 in China in order to compete toe-to-toe with lower-priced homegrown electric-car brands.

“China is by far the largest market for mid-sized premium sedans. With Model 3 priced on par with gasoline-powered mid-sized sedans we believe China could become the biggest market for Model 3,” Tesla said in the report.

Also on Thursday, Tesla posted several photos to its official Weibo microblog appearing to show workers and robots painting and assembling cars in the Shanghai facility. In a separate post, the company stated: “The Gigafactory in Shanghai has taken just 10 months to go from breaking ground to pre-production.”

In response to concerns over possible inefficiencies at the nearly-completed China plant, Zachary Kirkhorn, Tesla’s chief financial officer, replied that the company is “working hard to limit ramp inefficiencies,” according to the transcript of the investor call.