By Peter Ker and Brad Thompson 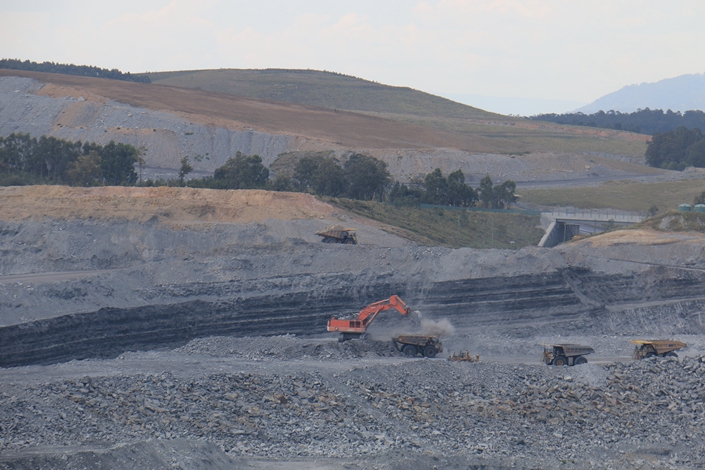 The northern winter has had a bigger impact on commodity markets since 2017 when the Chinese government launched its “Blue Sky Defense” policy, which sought to improve air quality in 28 major cities by forcing temporary closures on heavy industry through the depth of Chinese winter.

The policy was expanded to more than 80 cities in 2018, affecting some of the mills, refineries, smelters and power stations that buy Australian iron ore, coal, liquefied natural gas, alumina and other commodity exports.

South32 Ltd. chief executive Graham Kerr said the environment was a big focus in China but he also expected the country to be focused on maintaining economic growth during the northern winter.

“At this stage we'd expect to see some winter cuts. Last year they probably weren't as strong as we expected. I think we might be on the same track this year as they try to keep growth at a healthy level,” he said.

“Going to China regularly, the one thing you see every year is a continued focus on the environment. That is not going away and it is becoming more of a focus in how they run their business.”

Lilleyman said that was making the shutdowns harder to predict, but he was confident the experience of the past two years would mean this year's shutdowns had a reduced impact on commodity markets.

“Over the last few years the central government have been the ones that have been creating the rules around the restrictions and we are seeing that a lot more dealt with by each city and provincial government now which means there is a lot less line of sight on what might happen,” he said.

“Given the strong investment by steelmakers in emissions controls we would be expecting a lesser impact in general terms over the course of this winter period than we have seen in the last few years.”

Wood Mackenzie's Beijing-based analyst Ming He supported those assessments, predicting a more selective approach to shutdowns than previous years because of a heightened focus on economic growth.

“Unlike the previous two [Chinese winters], the measures this year do not include production cuts that cover the whole period. This is not surprising as the government is seeking to balance environmental protection with weakening manufacturing and economic growth,” he said.

Winter shutdown season has created some perverse outcomes for commodity markets over the past two years.

Thermal coal was predicted to be the biggest victim when the policy was announced in 2017, but an abnormally cold winter sparked strong demand for thermal coal and LNG imports, and the strong demand ensured thermal coal markets remained tight through the first half of 2018, sending prices for Australian thermal coal to six-year highs.

Keen to avoid a repeat of that, Chinese customers sought to stock up on coal and LNG ahead of the 2018 northern winter, meaning Australian coal and LNG exporters noted abnormally strong sales during the traditionally weak “shoulder season” in September 2018.

As fate would have it, the northern winter of 2018 was warmer than expected in China and Europe, leaving both continents with excess stockpiles of the fossil fuels which have depressed prices ever since.

The Chinese steel sector is crucial for the Australian economy as the biggest buyer of Australia's two most lucrative commodity exports; iron ore and coking coal.

Ming said 30% of steelmaking capacity in China's northeast (the region originally targeted by the policy in 2017) was shut down last winter, but he expected less disruption to steelmakers this year, particularly those that had invested in environmental upgrades.

“We believe that compared to last year, the restrictions will be looser due to improved environmental compliance among steelmakers,” he said.”

“This winter, steelmakers with the least emissions and leading pollution control techniques will be categorised as A-level and will not be subjected to mandatory production cuts during heavy pollution days.

Fortescue is much better prepared for the Chinese winter than it was two years ago; the company's shares are 83% higher, its net debt is 76% lower and the discount applied to its iron ore has shrunk from 29% to just 11%.

Fortescue is also exporting, on average, higher-quality iron ore to China than it was just one year ago.

The company has introduced a new product with higher iron grades called “West Pilbara Fines” over the past year, and that product made up 10% of all Fortescue exports in the three months to September 30; up from zero in the same period of 2018.

About 42% of Fortescue's exports in the September quarter of 2018 were its lowest quality product, called “Super Special Fines.”

But that product comprised just 34% of Fortescue's exports over the past three months.