China Baby-Formula Maker Feihe Seeks Up to $1.14 Billion in IPO 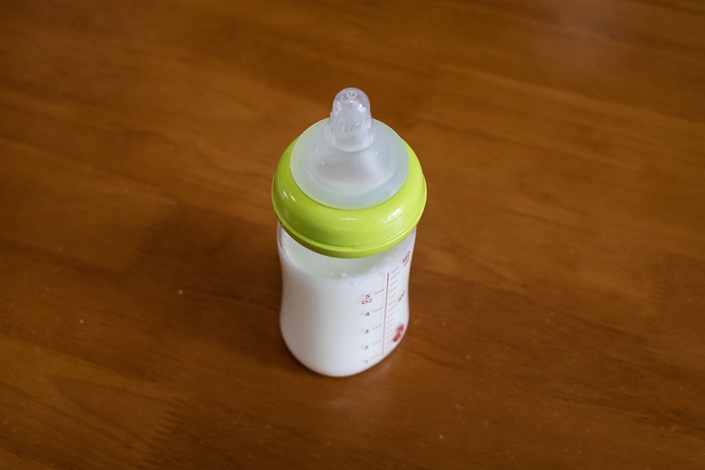 A bottle of powder milk in Beijing in 2018. Photo: Bloomberg

(Bloomberg) — China Feihe Ltd., a baby-formula producer, started taking investor orders on Monday for its Hong Kong initial public offering (IPO) which could raise as much as HK$8.9 billion ($1.14 billion).

The Beijing-based company is offering 893.3 million shares at HK$7.50 to HK$10 apiece, according to terms of the deal obtained by Bloomberg. The price range implied a market value of $8.5 billion to $11.4 billion, the terms show.

The offering would at least be Feihe’s second attempt to conduct an IPO in Hong Kong. It had applied for a listing in the city in May 2017. The dairy company went private from the New York Stock Exchange in 2013 amid a wave of delistings by U.S.-traded Chinese firms.

China’s baby formula industry met its watershed moment in 2008 when a tainted milk scandal killed six children and poisoned 300,000 others, spurring demand for products by international firms over locally-produced ones. The country, in a bid to restore consumer confidence, in June released a plan to increase the output of homegrown baby formula.

The government aims to achieve 60% self-sufficiency rate along with improving quality and bolstering consumer confidence for domestic brands in the country’s $27 billion infant-formula industry. The newly-announced plan will also support domestic dairy producers in acquiring or setting up overseas bases for milk supply as well as tightening regulations on milk-powder imports and online sales platforms.

Feihe plans to use the proceeds for purposes including offshore debt repayment, potential acquisitions and funding the operation of a new manufacturing plant, the terms show. The company is expected to stop taking investor orders Nov. 5 before beginning trading on Nov. 13.