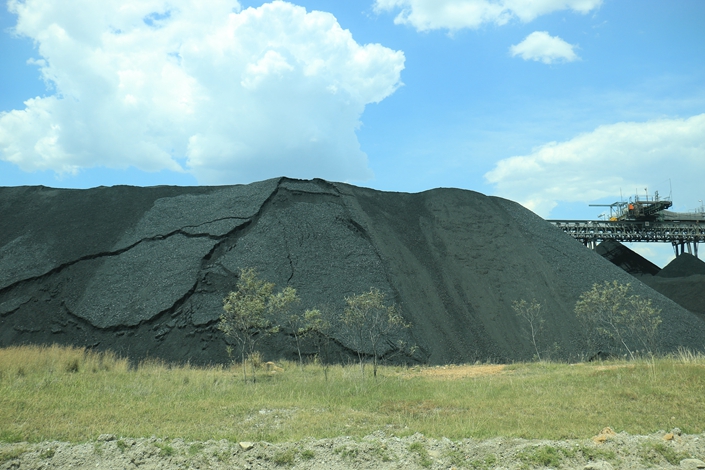 (AFR) — China’s restrictions on Australian coal are expected to remain in place into next year as Beijing seeks to moderate a spike in foreign imports of the commodity to protect domestic supply.

While there had been hopes in Canberra that the unofficial quota on Australian coal exports to China would be wound back shortly, analysts and traders in China said this week they expected the restrictions to remain in force for a while.

Coal analysts also said there was evidence of intensifying curbs on imported coal, with the major southern Chinese ports of Guangzhou and Fuzhou banning the commodity this week. Both ports recorded a strong increase in imports this year.

In comments published on their public social media account, analysts at consultancy Today Think Tank Energy said coal imports at those two ports had stopped this week and they expected further restrictions to apply.

The analysts argued that foreign coal imports into China had been higher than expected this year, which meant there was still an incentive for Beijing to impose further restrictions to boost the domestic price.

China’s coal imports are expected to rise more than 10% this year, higher than previous forecasts. Customs data showed China imported 251 million tons of coal for the first three quarters of the calendar year, up 9.5%.

Analysts predicted that if the Chinese government did not impose further restrictions on imported coal in the next two months, the total would hit 340 million tons, or a 20% year-on-year increase. China has been importing more coal from Mongolia and Russia this year.

Another analyst, who did not want to be named because the unofficial restrictions are politically sensitive, said there was still strong demand for coking coal, but quotas would remain in place.

The Chinese and Australian governments denied the report, but confirmed shipments were being held up by up to 45 days. Officially, China denies it is restricting foreign imports because it does not want to be accused by the United States of unfairly propping up the domestic price.

Australia accounted for 29% of China’s coal imports last year, second to Indonesia at 45%. Traders said earlier this year Australian coal was being singled out for more stringent environmental scrutiny, such as radioactivity tests.

The Australian and Chinese governments have previously downplayed links between China’s restriction on imported coal and political factors. However, coal traders in China insist the unofficial restrictions are seen as punishment for political issues such as the ban on Huawei.

Most of Australia's coal to China arrives at ports in the country's south.

This story first appeared in The Australian Financial Review.