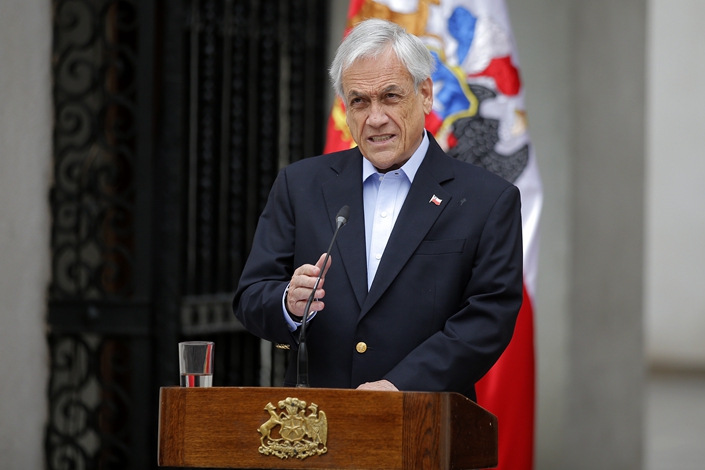 As Chilean President Sebastián Piñera announced on Wednesday that the nation would be unable to host next month’s APEC Summit after weeks of violent unrest, many observers thought not of the streets of Santiago but of U.S.-China trade relations.

With the leaders of both nations scheduled to attend the mid-November summit, it was anticipated to be the site of the signing of a phase one trade deal.

Chile would have been a convenient opportunity for the U.S. side to seek a phase one deal with China (we need to remember Beijing never explicitly endorsed a Chile signing.)

But the summit was not officially chosen by either party as a venue to hold a round of detailed trade talks. A Chile signing ceremony may have been wishful thinking.

A White House spokesman said Wednesday that the APEC organization did not appear to have a secondary site prepared to hold the summit, but added that they hoped to finalize the phase one deal with China “within the same time frame,” adding “when we have an announcement, we’ll let you know.”

It’s the first time such a summit has been cancelled since the Pacific Rim trade bloc was established in 1989. And the cancellation cost the U.S. and China a good opportunity to reassure the world as the drawn-out trade war continues to batter global markets.

But that doesn’t mean we should be pessimistic. Washington and Beijing can find another venue when both are ready. What really matters is whether the two sides can agree on the text of the agreement.

Washington and Beijing have used other multilateral meetings to hold bilateral trade talks in the past. U.S. President Donald Trump and his Chinese counterpart President Xi Jinping met on the sidelines of the Osaka G-20 summit in June, and also the Argentina G-20 summit in late November last year. The pair also met at Trump’s private resort Mar-a-Lago in Miami, Florida in April, 2017, about three months before the trade war broke out.

Those summit were mainly designed for the two presidents to guide the direction of the talks, not for the kind of detailed negotiations that underlie the text of a formal trade agreement. Although the negotiating parties have been making progress, the U.S. side had already signaled that the phase one deal may not be signed during the Chile APEC summit, just a day before Chile’s president pulled out of the summit.

Citing an anonymous U.S. administration official, Reuters reported on Tuesday that the two countries are continuing to work on the phase one deal, but it may not have been completed in time for the U.S. and Chinese leaders to sign it in Chile. The source of the leak was trying hard to lower the world’s expectations while assuring the market progress was being made: “If it’s not signed in Chile, that doesn’t mean that it falls apart. It just means that it’s not ready.”

Just three weeks ago, Trump himself was uncertain about a Chile signing. Meeting Vice Premier Liu He, China’s lead trade negotiator, at the White House on Oct. 11 after the latest round, Trump said: “We’re going to be in Chile in five weeks, so we’ll see, in terms of signing, when it happens.”

“So that [Chile] could be a point, or maybe not,” he said, adding: “Maybe it [the signing] will be then, or maybe it’ll be sometime around then.”

So with Chile off the cards, what options do we have? It won’t be next week’s summit of the Association of Southeast Asian Nations (ASEAN) in Bangkok, Thailand. The most senior official the U.S. will send to Bangkok is Commerce Secretary Wilbur Ross. The Davos World Economic Forum next January looks more promising. Xi attended in 2017 and Trump in 2018. Or will it be Mar-a-Lago again?

What’s certain is Washington and Beijing are now free from a Chile deadline to conclude the phase one deal, which would grant the two sides more time to finalize the text and to consider a new location for a possible future signing. But it will also raise concerns of an indefinite trade war between the U.S. and China if the talks keep struggling to deliver.