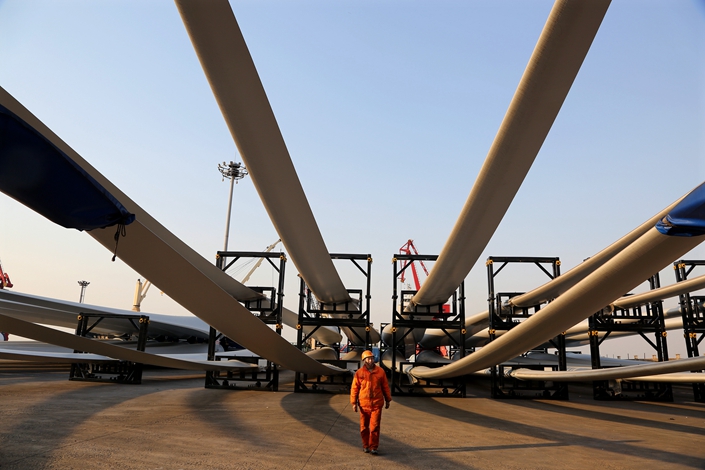 The Mastercard Caixin BBD New Economy Index (NEI) came in at 29.8 in October, indicating that new economy industries accounted for 29.8% of China’s overall economic input activities. The reading was up from 28.7 in the previous month. The NEI measures labor, capital and technology inputs in 10 emerging industries relative to those in all industries.

Of the three subindexes that make up the NEI, the one for capital inputs, which has a 35% weighting in the index, rose 2.3 points to 35.4 in October.

The subindex for technology inputs, which has a weighting of 25%, increased 1.8 points to 28.1 from September to October. The subindex measures the number of research personnel recruited by the tracked industries, and the number of inventions they have created and patents they have obtained.

The subindex for labor inputs, which has a 40% weighting, edged down to 25.8 from 26.4 in the month before, the fourth straight monthly decline.

Of the 10 tracked industries, the new information technology industry continued to be the largest contributor in October, making up 9.8 percentage points of the NEI reading. The advanced equipment manufacturing, and scientific research and services industries ranked second and third, respectively. Biotech was the fourth-largest contributor last month, making up 3.4 percentage points of the reading.

The average monthly entry-level salary in new economy industries, based on data compiled from online career and recruitment websites, fell by 87 yuan ($12.29) from the previous month to 10,967 yuan in October.

The monthly NEI reports are written by Caixin Insight Group — a financial data and analysis platform of Caixin Media, and Chinese big data research firm BBD, in collaboration with the National School of Development at Peking University.