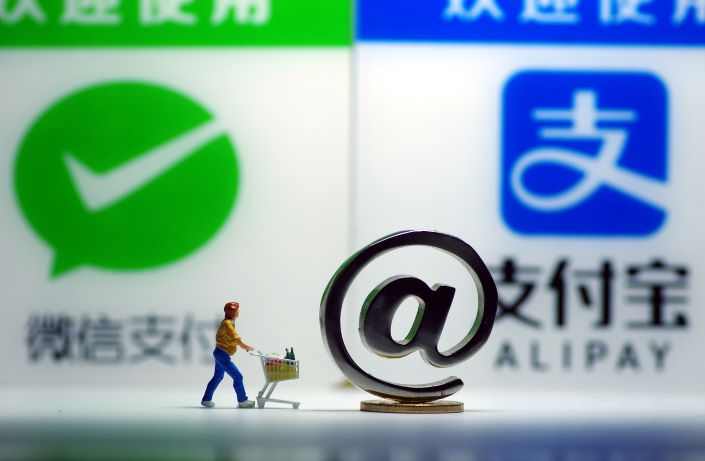 China’s two largest mobile-payment providers Tencent and Alibaba have opened a new turf war by touting their e-wallets to people outside China.

Tencent is in talks with five international card issuers, including Visa and MasterCard, to gauge the feasibility of letting foreign travelers link their overseas bank debit and credit cards to WeChat Pay, according to a report published yesterday on the company’s news portal.

The news came as Alibaba-affiliated Ant Financial added a similar function to its Alipay service that allows overseas bank cardholders to use the popular payment system when travelling in China.

Tencent will initially pilot its scheme in the ride-hailing and ticket booking sectors, and will seek to apply the service in other areas under the guidance of domestic regulators, the report said.

Also on Tuesday, Visa responded with a statement on its website hailing the Tencent partnership as “a great step forward, both for consumers travelling to China and the overall payments industry.”

The tie-up will allow Visa cardholders to “use their Visa card in China at the millions of places where WeChat Pay is accepted” without depending on paper money, the statement added.

Last year, Tencent chose Hong Kong as an experimental site for its global push, launching a Hong Kong version of WeChat Pay to allow users in the territory to pay for goods they buy on the Chinese mainland. Alipay also operates a local version of its popular electronic wallet in the former British colony.