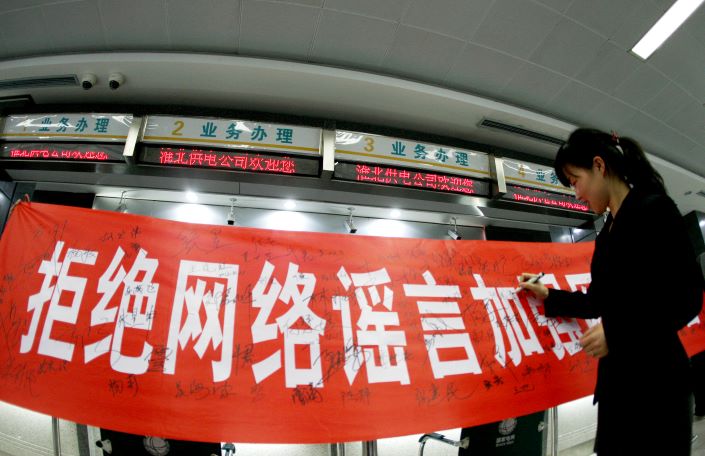 Water-powered cars, toxic crayfish, and dodgy cancer cures have at least one thing in common.

They all featured in made-up stories that circulated widely on the Chinese internet this year.

A report by internet giant Tencent claims the most common examples of online ‘misinformation’ were related to medical care, food safety, and social issues, according to state news agency Xinhua.

The report said use of machine learning technology, mostly by news apps, is accelerating the spread of false information across China’s internet.

But it also pointed a stern finger at that introduced by overseas websites, saying the “false” information was a “communication risk,” without actually specifying what type of information it was referring to, or how much was considered sensitive by the Chinese government.

Within the three categories of medical care, food safety, and social issues, 42% of the examples were completely made up, 36% were partly true, and 10% were disguised as the findings of authoritative research institutions, according to the report.

Tencent conducted the investigation under the direction of the China’s Central Cyberspace Affairs Commission, the state body that oversees China’s internet-related affairs.

Beijing sees such information as a potential threat to social stability and has taken several measures to combat online rumors in recent years, including the establishment of a platform named “Piyao” in 2018 that allows people to report and refute it.