The Sinister Side to China’s Most Successful Rural High School 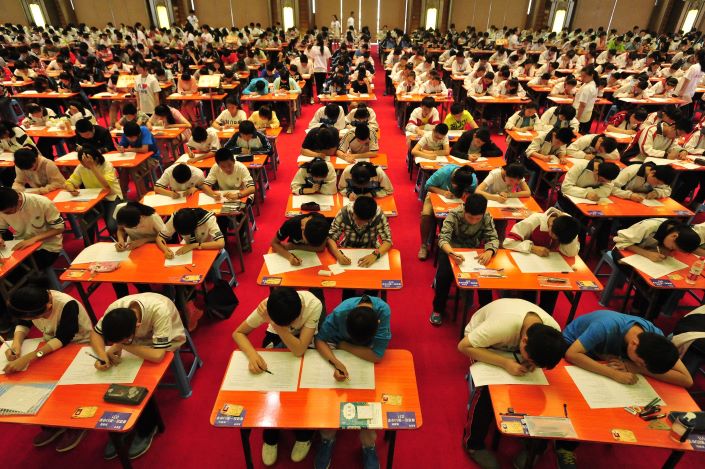 Chinese students face immense pressure in school, especially when it comes to the notorious college entrance examination, the gaokao. For many years, stories have abounded in the country’s media of time-consuming extracurricular classes and competitions, a focus on grades over recreation, and the sometimes-extreme effects of the stress students often feel, including mental health problems, suicides, and even murder.

In a magazine essay, Caixin lifts the curtain on one of China’s recent educational success stories: Dancheng County No. 1 High School in impoverished rural Henan province. Since 2012, Dancheng High has seen more than 20 students admitted to China’s top two universities, Tsinghua and Peking, each year. In 2016 and 2019, the school topped the nation for the number of students admitted to the top two institutions — with 44 and 43 students respectively.

But how, exactly, has a country school in a poor county transformed into such an educational powerhouse? How has it seemingly managed to reverse the rural-to-urban brain drain and attract thousands of students from across the region? Is it a model for other rural schools, or is there something else going on?

This story has been updated to correct the number of students that Dancheng High admits to China's top two universities each year.

Stay tuned for Caixin Global’s deep dive into Dancheng, which reveals how the school’s administration has charted a path to success by gaming government schemes and a public-private business model that has driven its rapid expansion.