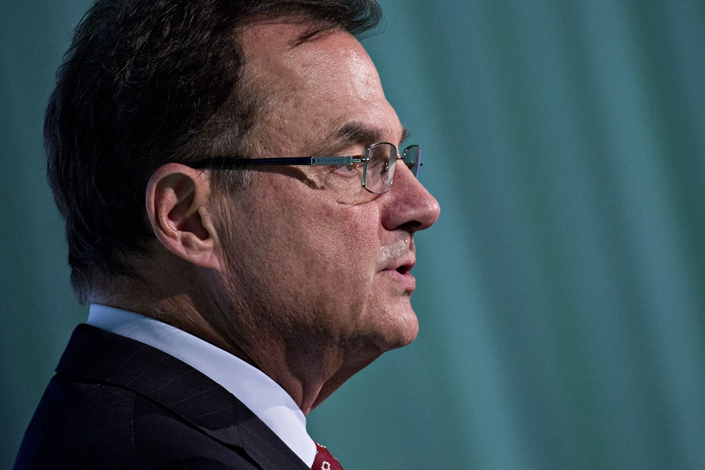 (Bloomberg) — Any attempt to limit U.S. investors’ portfolio inflows into China would risk reprisals and have “enormous unintended consequences,” according to Craig Phillips, a former top aide to Treasury Secretary Steven Mnuchin.

“If Secretary Mnuchin was here, I’d tell him that was a terrible idea,” said Phillips, who stepped down from Treasury Department in June. “If you limit the movement of capital, you’re really just cutting off your nose to spite your face.”

Such a move would be a setback for China, which has been removing limits on foreign investment in its financial markets for several years. Hundreds of Chinese companies have been added to the MSCI Inc.’s indexes since last year, while Bloomberg Barclay began adding Chinese government bonds to its flagship Global Aggregate Index in April.

Phillips cautioned that the U.S. would suffer negative consequences as well. Should the U.S. block Chinese companies from listing on U.S. stock exchanges, China could place similar limits on U.S. companies, he said.

Additionally, China is the second-largest foreign holder of U.S. Treasurys and could decide to sell its holdings, Phillips said.

“I would be extremely wary of that tool because of the escalation and retaliation,” Phillips said. “You would have lower equity prices, higher interest rates and a fragmented market.”