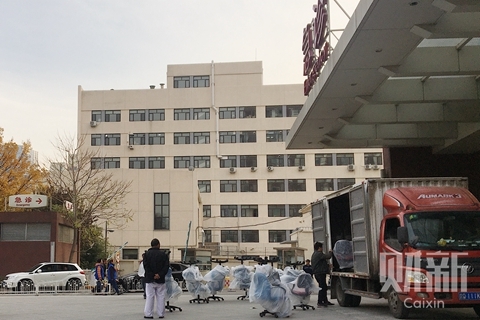 Chaoyang Hospital, where the two patients were treated, has replaced all the chairs at its emergency room, Caixin reporters witnessed.

Chaoyang Hospital told local media that the two patients have been transferred to another hospital, without disclosing the name of the hospital.

Pneumonic plague is a severe lung infection caused by the bacterium Yersinia pestis, which is usually found in small mammals and their fleas. Humans can be infected by the bite of infected flea, unprotected contact with infectious bodily fluids or contaminated materials, or through inhaled respiratory droplets from an infected person.

According to the World Health Organization, the pneumonic plague can be fatal if left untreated and is extremely contagious. From 2010 to 2015, 3248 cases were reported worldwide, including 584 deaths.