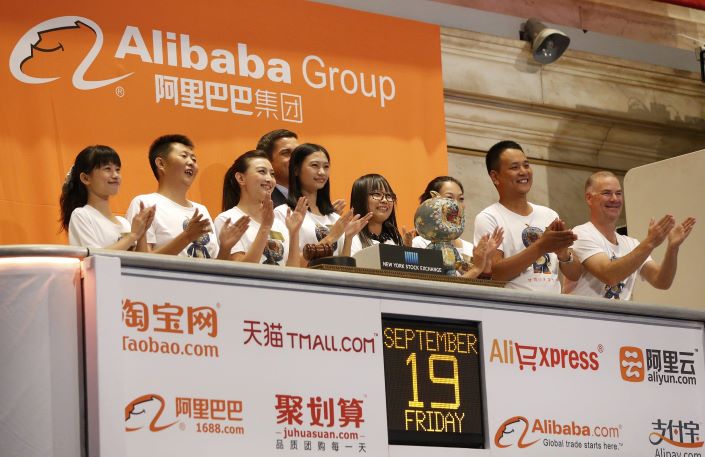 (Bloomberg) — Alibaba Group Holding called off plans for an investor luncheon in Hong Kong amid intensifying protests in the city, according to people with knowledge of the matter.

The e-commerce company is conducting investor meetings by phone rather than in person for its planned new share sale, citing logistics and safety concerns, said one of the people, who asked not to be identified because the information is private.

Months of protests in Hong Kong have closed the city’s airport at least twice, while its transit system is increasingly facing disrupted service. Citigroup, one of the underwriters on Alibaba’s offering, warned staff to steer clear of dangerous places after one of its bankers was arrested in the financial district this week.

Companies that go public in Hong Kong typically arrange a luncheon with institutional investors on the day book-building commences.

A representative for Alibaba declined to comment on the roadshow schedule.

Alibaba’s planned offering size hasn’t changed as a result of the protests, Michael Yao, the company’s head of corporate finance, said on a conference call with investors earlier this week.

The company priced the retail portion of its Hong Kong share sale at HK$188 ($24.01) each, an auspicious number in Chinese culture. Alibaba said it may price the remainder of its 500 million-share offering above that ceiling, signaling that it aims to raise at least $12 billion, the biggest first-time share sale in Hong Kong this year.

Alibaba aims to price the institutional tranche of the offering Nov. 20, according to terms for the deal obtained by Bloomberg. China International Capital Corp. and Credit Suisse Group AG are sponsors for the deal.