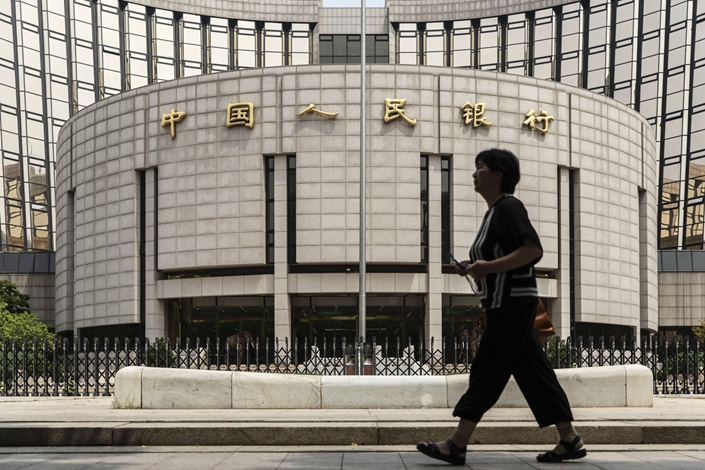 (Bloomberg) — China’s central bank said it will “increase counter-cyclical adjustment” to ward off downward pressure on the economy, while staying vigilant on the possibility of expectations that inflation may spread.

The economy faces greater difficulties as investment growth slows and industrial production remains sluggish, the People’s Bank of China said in its third-quarter monetary policy report released Saturday. The central bank highlighted an increase in challenges from the previous report in August and renewed its concern on inflation risks.

“It should be noted that the current external environment is complex, the economy is under rising downward pressure, and some businesses are faced with operating difficulties,” the PBOC said.

The report signals that the central bank faces limited scope for policy maneuvers despite the increasing economic risks. The PBOC will remain committed to a targeted, constrained approach toward easing. It repeated an earlier pledge to continue to cut the amount of money banks need to put aside as reserves to ease credit.

Monetary policy will “properly handle the short-term pressure,” making sure not to offer excessive funding, while keeping an eye on the risk of expectations that inflation may spread, the report said.

The central bank appears to recognize the deterioration in the economy on the one hand, and the structural impediments to monetary stimulus working properly on the other. This assessment suggests it won’t open the liquidity floodgates, but instead take an incremental approach to easing while introducing further measures to unclog policy transmission channels.

China’s consumer price index rose to a seven-year high of 3.8% in October and could continue to climb on the high pork prices. The situation “must be drawn to attention and properly handled,” since it can affect people’s cost of living, the PBOC said, adding that it expects inflation pressure to gradually decline in the second half of next year.

The bank dismissed concerns of deepening deflation for factories, saying the contraction in the producer price index is mostly due to base effects. It said factory-gate prices should return to year-on-year growth in a few months.

Trade conflicts remain the “main risk” to the global economy, and uncertainties remain despite some recent signs of subsiding tensions, the bank said. Any further escalation could damage global supply chains and impact productivity, the report said, also noting that monetary easing in major economies has added to the fragility of financial markets.

Give these circumstances, China’s position as one of the few major economies that still has room in conventional monetary policy should be “actively maintained,” the PBOC said.