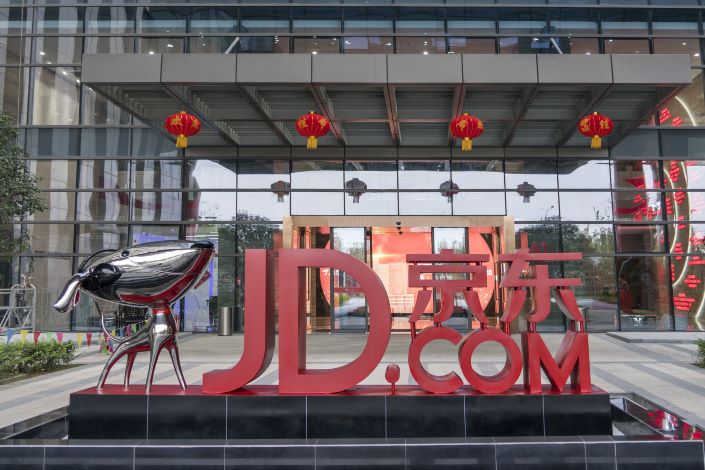 China’s second-largest e-commerce group, JD.com, is suing China’s intellectual property authority in an escalation of its trademark battle with Alibaba over the rights to the nation’s biggest shopping festival.

At an open court hearing in Beijing Intellectual Property Court on Thursday, JD sought to overturn a previous finding that five trademarks used in its annual Nov. 11 marketing campaigns violated the intellectual property of the market leader. Alibaba attended as a third party.

Alibaba took JD.com to the former Trademark Review and Adjudication Board in July 2017 over those five trademarks, which JD registered in 2013 and 2014. The board found they were too similar to trademarks Alibaba had previously registered, and thus violated China's Trademark Law. JD refused to accept the ruling and began legal action against the board, which was subsumed into the National Intellectual Property Administration in July 2018.