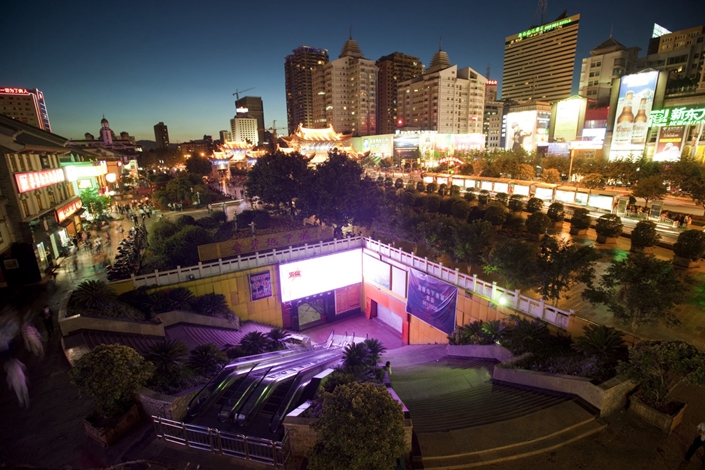 (Bloomberg) — Local government investment arms in China were once considered one of the country’s riskiest groups of borrowers and a time bomb in a creaky financial system.

But in recent years, a growing number of these heavily-indebted entities, known as local government financial vehicles (LGFVs), have emerged as white knights of a troubled private sector, offering guarantees to loans and bonds from garment-makers to construction firms.

The shifting role of the LGFVs, which build roads, bridges and airports across China, highlights Beijing’s growing reliance on an ever-bulging state sector to engineer stability in turbulent times. The credit guarantees are part of a broader nationwide campaign to alleviate pain for private businesses hit hard by trade tensions and a weakening economy.

But the added responsibility may prove to be unbearable for the LGFVs who themselves face a giant wall of debt. Around 2,000 of these funding platforms have offered a total of 5.9 trillion yuan ($842 billion) worth of credit guarantees to domestic firms, representing nearly a quarter of their combined net assets, said Liu Yu, an analyst from Guosheng Securities Co. It also amounts to around 70% of the LGFVs’ total onshore bonds outstanding.

While the bulk of these guarantees have gone to fellow LGFVs, a sizable amount is tied to borrowings from the private sector that has seen a majority of the bond defaults, analysts say.

One recent example is Shandong Ruyi Technology Group Co., a clothing giant aspiring to become the Chinese equivalent of LVMH.

After Moody’s Investors Service cut the cash-strapped company’s credit rating last month, an LGFV from the city where Ruyi is based came to the rescue: Jining City Urban Construction Investment Co. not only agreed to buy a 26% stake in Ruyi but also offered to guarantee a 2 billion yuan 5-year bond issued by the private firm in 2015.

Chinese companies have failed to make good on repayments on a combined 110 billion yuan worth of domestic bonds so far this year, not far from last year’s full-year record of 122 billion yuan, according to data compiled by Bloomberg.

An ailing private sector, which in good times generates at least eight out of 10 new jobs in the country, has prompted Beijing to mobilize resources within the state sector for a bailout. In the past year, regional authorities and state-linked entities have formed “relief funds” and used stake purchases to offer a fresh lifeline to private businesses.

“When the privately owned enterprise has significance to the local economy and a large workforce, it is natural for the government to provide support,” said Owen Gallimore, head of credit strategy at Australia & New Zealand Banking Group Ltd.

According to a research note by Liu from Guosheng Securities, so far 11 private firms and nine state-owned enterprises with guarantees from LGFVs have defaulted on their debt. While the guarantors have fully or partially repaid the souring loans or bonds on behalf of over half of the private borrowers, none of the state-owned debtors have received any material help.

The different treatment not only reveals Beijing’s policy priority but also LGFVs’ own confines: 231.8 billion yuan onshore bonds sold by LGFVs will mature in the rest of this year, followed by 1.3 trillion yuan worth in 2020, according to Bloomberg-compiled data.

Regional governments in China have long used LGFVs to raise funds via off-balance-sheet debt. Without formal state backing, Beijing’s shifting attitude over the years has dictated their fortunes: after years of lax oversight, Beijing placed restrictions on debt issuance by LGFVs in 2014 to cut financial risk, only to ease those later as the economy started slowing.

“Such guarantees may hurt these funding platforms’ own debt repayment capability, especially when defaults among private firms jumped in the past two years,” said Yang Hao, a fixed income analyst at Nanjing Securities Co.

In April, Kunming Industrial Development & Investment Co., an LGFV in Southwest China’s Yunnan province, repaid 115.49 million yuan on behalf of two local private firms on a 400 million yuan bond jointly issued by six companies. In September, the LGFV recovered only 72.5 million yuan of overdue debt from one of the two firms with its debt guarantees.

“We are cautious toward debt guarantees to private firms that have no clear connections with LGFVs,” said Lu Congfan, portfolio manager from HFT Investment Management Co. “And we tend to avoid any LGFVs that have big debt guarantee exposure to risky companies.”