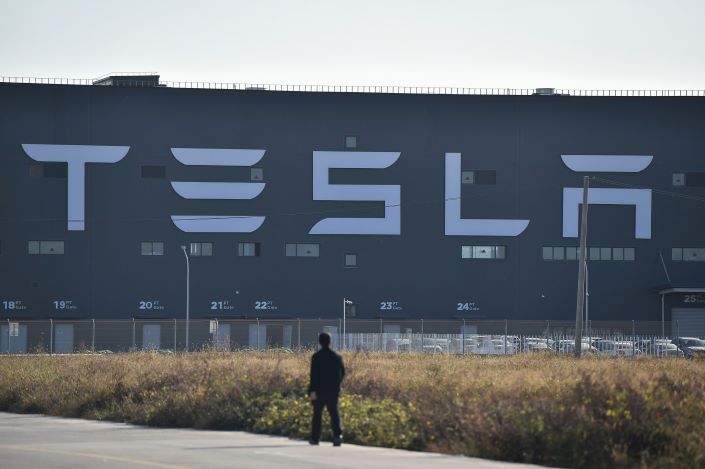 U.S. automaker Tesla announced Tuesday that its China-produced Model 3 electric cars will be available to buy from Friday, less than a year after the company broke ground on a major factory in Shanghai.

Tesla said in a statement on its WeChat public account that it was confident the domestically manufactured Model 3 would become a favorite of local consumers thanks to its futuristic-looking design, affordable price, and the use of smart features such as its autopilot mode.

The car will debut at the 17th Guangzhou International Automobile Exhibition, which also kicks off on Friday. Potential buyers will be able to place an order either on Tesla’s Chinese website or by visiting one of their showrooms in the country, the company added.

The homegrown Model 3 features a mileage of 460 kilometers on a single charge and is able to go from 0 to 100 kilometers per hour in 5.6 seconds. The car will be sold at a starting price of 355,800 yuan ($50,560), said Tesla, which already sells two other versions of the Model 3 sedans in China as U.S. imports.

The American company’s success in localizing production in China has been touted as a major achievement. In addition to rapidly starting production at its Shanghai “Gigafactory,” to date Tesla has deployed some 2,000 superfast vehicle chargers across China in a bid to improve user experience.