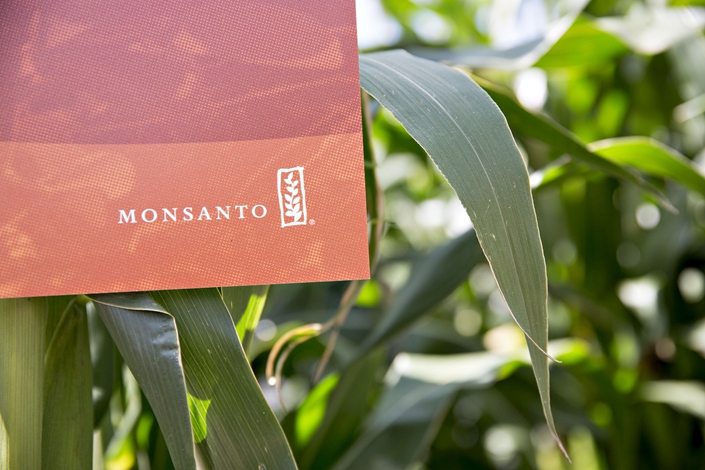 (Bloomberg) — A former researcher at Monsanto Co. has been arrested after U.S. prosecutors accused him of stealing software the company had developed to help farmers optimize crop output and taking the technology to a new job in China.

Haitao Xiang, who was born in China but lived in the U.S. for years, was taken into custody Sunday at his home in the St. Louis suburb of Chesterfield, federal officials said in a court filing. Xiang, 42, was accused of theft of trade secrets and remains in custody pending a detention hearing Thursday.

The government is asking that Xiang, who worked at Monsanto from 2008 to 2017, be held until his trial because he poses a flight risk, according to Matt Drake, an assistant U.S. Attorney in St. Louis. The case will be presented Wednesday to a grand jury with the intent of obtaining an indictment, Drake said.

St. Louis-based Monsanto develops technologies that expand the productivity of food crops, including corn and soybeans. The company was acquired last year by Bayer AG for $63 billion. China is the world’s biggest consumer of soybeans and ranks second in corn behind the U.S.

Xiang had worked for a Monsanto unit called The Climate Corporation, which developed software platforms to improve agricultural productivity, including a proprietary “nutrient opitmizer” algorithm to help farmers decide how to fertilize their fields, the FBI said.

For more than a year, Xiang communicated with individuals in China and was eventually recruited to take a management position with the Nanjing, China-based Institute of Soil Science, which is part of the Chinese Academy of Science, the FBI said. He accepted the job in June 2017.

That month, Xiang was stopped in Chicago by authorities while boarding a flight to Shanghai, the FBI said. His laptop computer was found to contain Monsanto files related to the nutrient-enhancement program that Xiang was working on, according to the affidavit.

The charges against Xiang carry a maximum penalty of 10 years in prison and a $250,000 fine.

Xiang’s attorney, Eric Selig, said Wednesday Xiang spends about one-third of his time in the U.S., where he is a legal resident. Selig said Xiang maintained his innocence and was a devoted family man. His return to his hometown of Nanjing was motivated by his father’s illness, Selig said. He had returned to St. Louis over the weekend to attend his daughter’s piano recital, the attorney said.

“He’s a scientist,” Selig said. “Professor Xiang does not understand why the government was going after him.”

Selig said he found it “curious” that Xiang had been arrested two years after he’d left the company, with the U.S. now in a trade war with China.

In 2016, an employee of a Chinese seed company, DBN, was sentenced to three years in prison for stealing corn seed technology belonging to Monsanto and DuPont Pioneer Hi-Bred International Inc. and attempting to ship it to China. Mo Hailong pleaded guilty to conspiracy to steal trade secrets.