Kissinger Says U.S. and China Are in the ‘Foothills of a Cold War’ 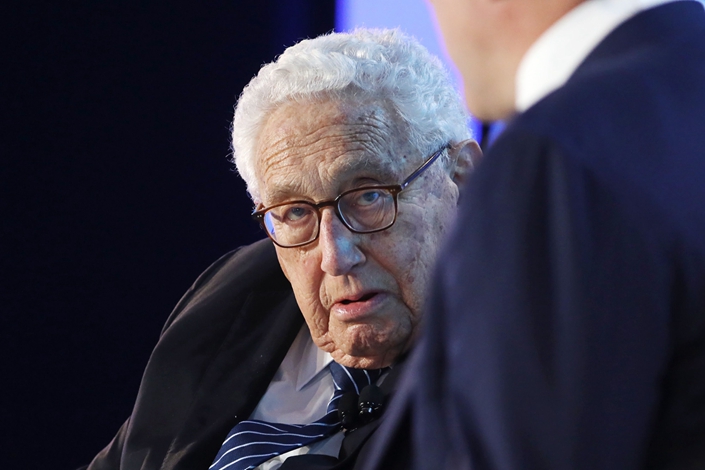 (Bloomberg) — Former U.S. Secretary of State Henry Kissinger said the U.S. and China were in the “foothills of a Cold War,” and warned that the conflict could be worse than World War I if left to run unconstrained.

“That makes it, in my view, especially important that a period of relative tension be followed by an explicit effort to understand what the political causes are and a commitment by both sides to try to overcome those,” Kissinger told a session of the New Economy Forum. “It is far from being too late for that, because we are still in the foothills of a cold war.”

“China and the United States are countries of a magnitude exceeding that of the Soviet Union and America,” he added. “China is a major economic country and so are we, and so we are bound to step on each other’s toes all over the world.”