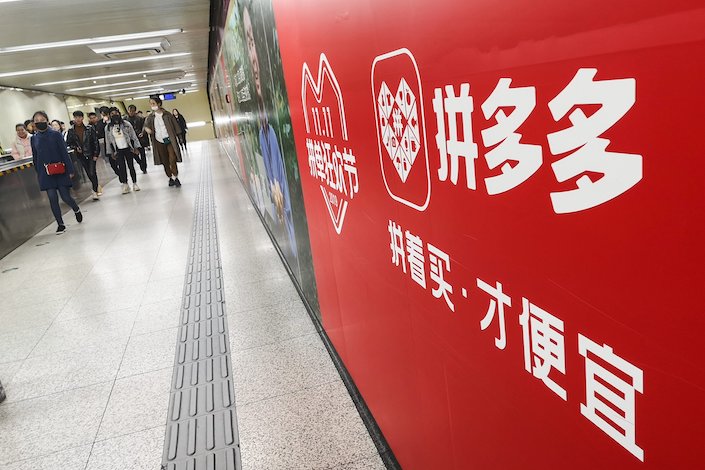 Chinese budget e-commerce platform Pinduoduo’s shares plunged in New York after it reported that its third-quarter loss widened by 112.6% from the year earlier as the company continues its rapid expansion.

The stock fell 18.2% on Nasdaq before the market opened and was down more than 23% by early afternoon in New York.

Founded in 2015, Pinduoduo has emerged as the chief rival to market leader Alibaba Group Holding in China’s trillion-dollar online retail market. The company, which went public on Nasdaq in July 2018, made its name using a “team purchase” model that offers consumers steep discounts if they invite friends and relatives to form a “team” to shop.

The company’s sales and marketing expenses surged 114% during the quarter to 6.9 billion yuan.