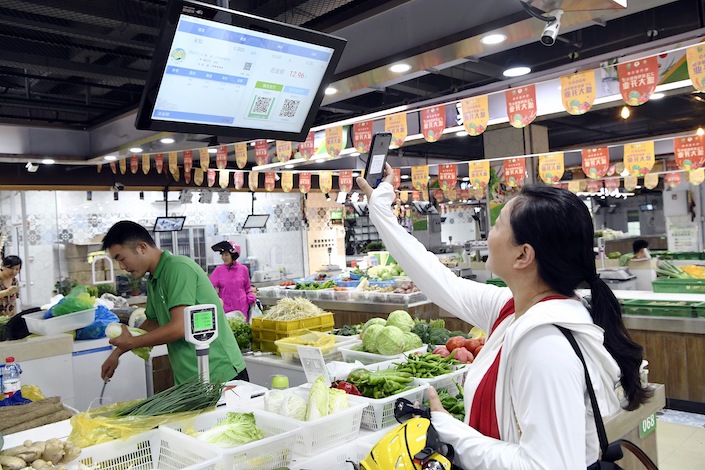 Yeahka Ltd., a Chinese payment technology services provider, is planning to raise about $300 million in an initial public offering in Hong Kong, according to people with knowledge of the matter.

The company aims to seek a listing hearing as soon as February after it filed an application with the city’s bourse Nov. 12, said the people, who asked not to be identified as the discussions are private.

Tencent Holdings Ltd. became one of Yeahka’s shareholders in 2012, a year after the payment platform was founded, according to its preliminary prospectus. It also counts Japan’s Recruit Holdings and venture capital firm Greycroft Partners among investors. Liu Yingqi, Yeahka’s chairman and co-founder, was the general manager of TenPay, Tencent’s payment infrastructure platform.

Yeahka is China’s second-largest nonbank independent QR code payment service provider, with about 12% of the market in 2018, according to the prospectus, citing data by Oliver Wyman. Yeahka had about 4.8 million active payment service customers as of June 30.

Details of the offering, including timeline and size, could still change as deliberations continue, the people said. Representatives of Yeahka and Tencent didn’t immediately respond to requests for comment.

CLSA Ltd., Nomura Holdings Inc. and ABC International Holdings Ltd. are the joint sponsors of the deal, according to the prospectus.