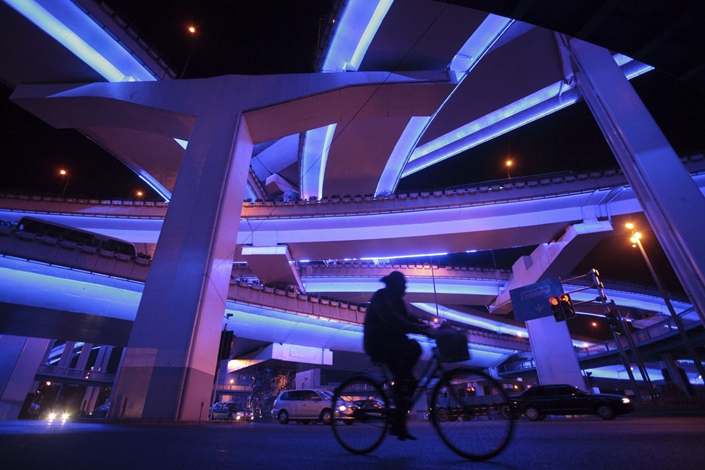 (Bloomberg) — An easing in trade tensions, a bottoming-out of global manufacturing activity and the continuation of cautious policy support will aid the stabilization in China’s economy next year, according to Goldman Sachs Group Inc.

The world’s second-largest economy will grow by 5.8% next year, and will be helped by resilient consumer spending, economists including Andrew Tilton and Hui Shan wrote in their 2020 outlook published Friday. The consensus among economists surveyed by Bloomberg for 2020 output growth is 5.9%

Stabilization, or even a “weak sequential reacceleration” as seen by Goldman next year would represent a good outcome for China’s policymakers, who have grappled with the combined downward effects of their own efforts to curb financial risks and the confidence-sapping impact of the trade war through the course of 2019.

Acknowledging that the People’s Bank of China and the fiscal authorities have stepped up support this year, the Goldman economists still see the need for further easing in 2020, “with an emphasis on fiscal measures.”

There has been a “shift in domestic policy towards a more conservative stance that puts relatively more weight on risk control and sustainability, and accepts slightly lower growth as the price for reduced tail risk,” the economists wrote. “Chinese policy makers appear to be increasingly focused on “playing the long game” in terms of their policy settings.”

The rise in China’s consumer price inflation in the course of the swine fever outbreak this year has presented a challenge to policymakers as it has been coupled with deflation in the industrial sector. For 2020, that situation is likely to continue, the economists wrote, with a recovery in the stock of sows aiding an easing of headline inflation in the second half of 2020. Only a moderate improvement in producer-price deflation is expected, they argued.

The biggest risk to this picture of stabilization is a breakdown in the U.S.-China trade talks.

“Both sides have an incentive to bargain aggressively and each appears to perceive it has the advantage,” according to the report. “We see the next few weeks as the critical phase, before the scheduled Dec. 15 tariff implementation.”