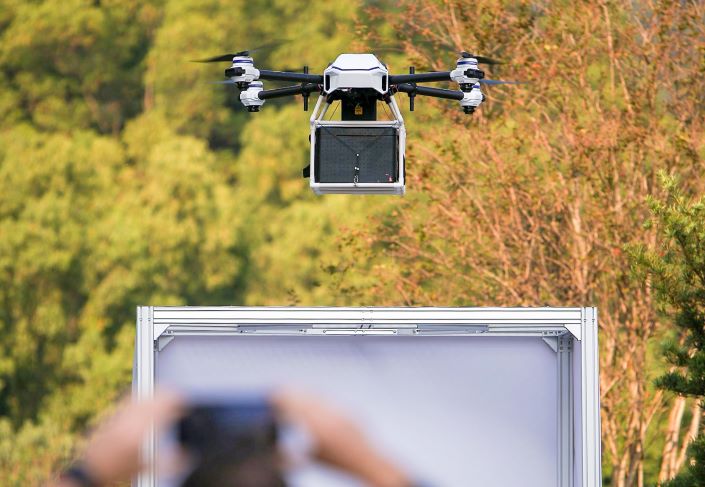 Chinese farming technology startup XAG unveiled its new “cargo drone” on Monday with a flight demonstration in the Chinese southern city of Guangzhou.

The unmanned aerial delivery vehicle codenamed Vesper, developed in partnership with European aircraft-maker Airbus, picked up bowls of noodles from a restaurant, flew with them for three minutes, and delivered them to specialized lockers in a designated location 1.6 kilometers (1 mile) away for customers to collect, XAG said in a statement.

During the World Economic Forum held in July in the Chinese city of Dalian, XAG and Airbus signed a cooperation agreement delving into the commercial applications of logistics drones. Earlier this year, Airbus trialed a drone-enabled, shore-to-ship parcel delivery service in Singapore, the company’s first attempt at delivering products to vessels at anchorage in real port conditions.

XAG said in its statement that it hopes to use the technology to develop cargo drone services at greater scale in China. Airbus told Caixin in an email that it sees its collaboration with XAG as “vital,” but did not give further comment on the demonstration.