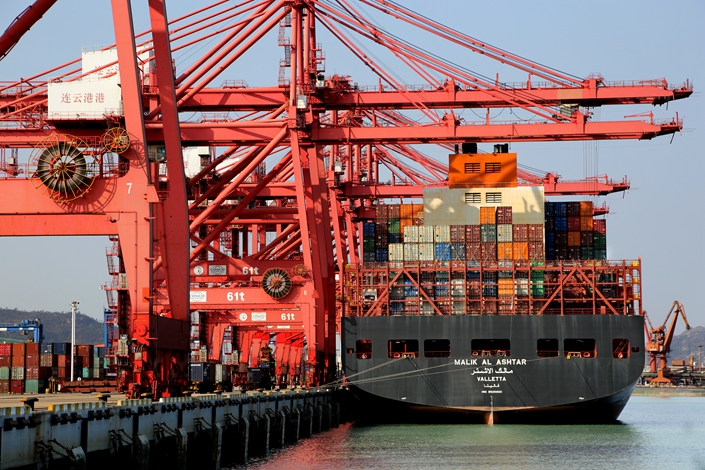 As China and the U.S. move closer to finalizing a phase one trade deal, we can draw an initial judgment on President Trump’s signature economic initiative.

At this point, some 18 months after the first tariffs were imposed, the U.S. is on track to record its highest trade deficit in the past 11 years. Meanwhile, U.S. steel prices are down nearly 30% from when Trump ordered a 25% tariff on most steel imports in early March 2018. And despite repeated government cash handouts, Midwestern farmers are going bankrupt in their thousands following China’s tariff retaliation on U.S. agricultural products. At the same time, the effort to reverse “outsourcing” and increase U.S. manufacturing jobs via a tariff war has led U.S. firms to shed such labor at the fastest rate in more than 10 years. Most important, Trump has created huge uncertainties that have eroded business confidence and capital expenditure spending. The overall picture is not a pretty one.

Instead of reversing globalization as intended, Trump’s trade war has led to the reordering of China’s global trade, not the return of manufacturing jobs to the U.S. While tariffs have sharply cut into Chinese exports to the U.S., trade with ASEAN is booming, driven by the relocation of production from the Chinese mainland to elsewhere in Asia, especially Vietnam and Taiwan.

Mexico, too, has turned up as a major winner of this trade diversion thanks to NAFTA and preferential access to the U.S. market. Currently, U.S. imports from Vietnam and Taiwan are up 35% year-on-year and 16% year-on-year respectively; Taiwan’s push for its high-tech firms to return from the Chinese mainland is paying off as new investment of some NT$1.2 trillion ($39 billion) has been pledged by returning firms since the government program was launched in January.

A less obvious consequence of the trade war has been the intensification of deflationary pressures in China’s domestic market. At the beginning, U.S. tariffs targeted China’s exports of intermediate goods; the tariffs introduced in September on $112 billion of imports and those threatened for December on another $160 billion of imports fall mainly on consumer goods.

Firms adversely affected by the earlier tariffs have refocused on domestic sales and exports to other non-U.S. markets; exports to the EU, for example, have risen modestly this year, up 3% to 5% year-on-year. Firms’ refocusing on domestic sales has intensified price pressures on manufactures, which, in turn, has led to a sharp fall in price inflation since early 2018 for both core CPI and PPI for manufactured products. The resulting fall in profits and rise in real interest rates is fueling the growth of financial risk amid the continuing government effort to limit the rise in the country’s overall level of indebtedness. And while the spillover of these deflationary trends will not target the U.S. directly, it will hit global markets and sooner or later U.S. firms.

We think a phase one deal is likely to be reached before year-end. China will probably commit to refraining from competitive devaluations and to purchase U.S. agricultural products, mainly soybeans and pork; in addition, there could be a referencing of recent Chinese laws to protect intellectual property. In return, the U.S. will likely promise to cancel the tariffs threatened in December and keep existing tariffs unchanged. Reductions in existing tariffs or an easing of the U.S. crackdown on Huawei are unlikely to figure in this deal. Such a “truce” is likely to remain in place until after the next U.S. administration takes office, in January 2021.

During such a truce, the trade fractures caused by Trump’s trade wars will continue to drive further evolution in global supply chains. As Alicia Garcia Herrero and her Natixis team argue in a series of recent reports, China is likely to continue to attempt to boost the value added from domestic industry by reducing dependence on import supply chains, as has been the trend for more than a decade. Chinese firms, however, will eventually be forced to expand participation in import supply chains, particularly in Asia owing to intense domestic competition.

Although the participation of Chinese firms in export supply chains is currently driven mostly by efforts to reduce the “Made in China” risk, import supply chains are in the offing that will enhance domestic competitiveness in the same way that U.S. firms created import supply chains under NAFTA. The result will be an Asian trade bloc centred on Beijing as markets regionalize in response to Trump’s continuing trade war.