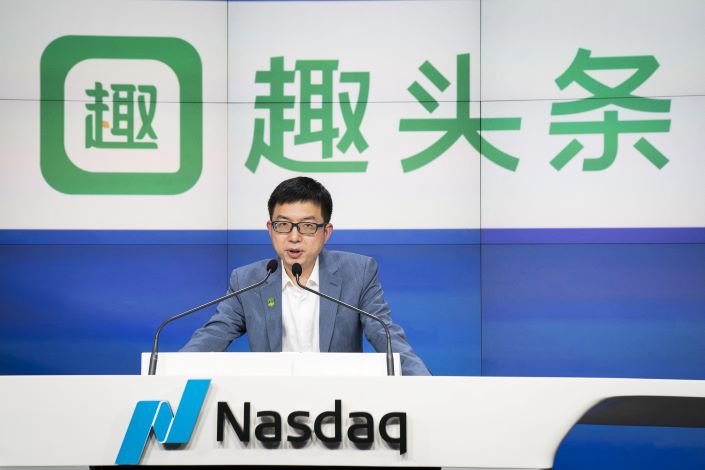 Despite chalking up surges in revenue and active users in its third-quarter earnings report, Tencent-backed content aggregator Qutoutiao saw its stock price plummet Tuesday as investors blanched at its continued losses.

The company’s bottom line for the three months through September narrowed to loses of 891.8 million yuan ($126.1 million) from last year’s 1.1 billion yuan, but that still represented a rise of more than 50% from the previous quarter, largely due to increased costs.

On the upside for Qutoutiao, its net revenues rose 44% year-on-year to 1.4 billion yuan, with income from its advertising and marketing arms — which together account virtually all of the company’s revenue — surging more than 50% year-on-year thanks to an expanding user base and the monetization of new user traffic, the company said.

Average monthly active users surged 105.3% year-on-year to 133.9 million from 65.2 million, according to the release.

Qutoutiao CEO Eric Siliang Tan said the company had made “meaningful progress” and highlighted the company’s success in developing the business potential of China’s less-developed cities. Tan took office in May after former CEO Li Lei resigned for personal reasons.

Nasdaq-listed Qutoutiao’s were down more than 6% to $2.79 at the close on Tuesday.