Bali Cracks Down on Dirt Cheap Package Tours From China 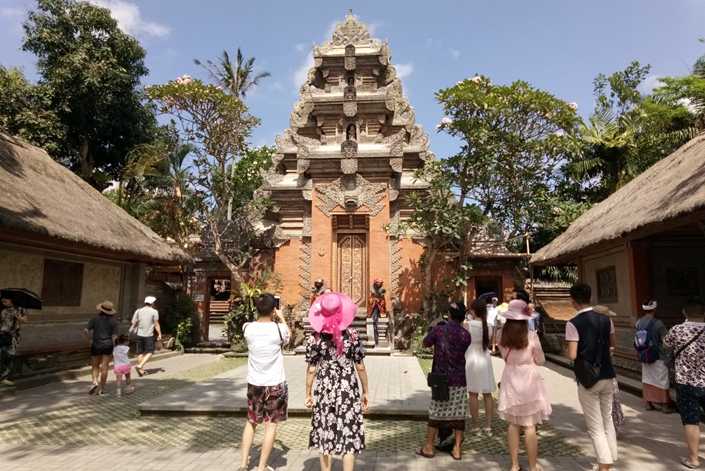 (AFR) — A crackdown on Chinese-operated package tours to Bali that do little to boost the local economy could put Australia back on top of the list of source countries for the Indonesian island’s tourism industry.

Bali’s police and tourist industry have been working with Chinese authorities for more than a year to shut down syndicates running “zero dollar” tourism scams that contribute to overcrowding and traffic jams that deterred other travellers.

The result has been a sharp drop in visits from China.

Tour operators in China were selling cheap trips — for as low as $200 for a week — and funneling tourists into Chinese-owned shops and restaurants in Bali where they were sold goods at vastly inflated prices. Payment was often made over China’s WeChat Pay platform, so the transactions didn’t even register in the same country as the purchases.

But Bali fought back. The Association of Indonesian Tours and Travel Agencies and China’s National Tourism Association have compiled lists of “good” and “bad” tour operators to steer tourists and deal with complaints.

Investigators in Bali shut down many of the Chinese-owned outlets that were found to have been acquired illegally.

The Bali Tourism authority estimates as many as three in every 10 Chinese tourists to Bali were in the “zero dollar” category; the resulting crackdown has resulted in a huge drop in total numbers from the world’s second-largest economy.

It’s a dramatic reversal of the pattern set earlier this decade. In 2014, Chinese tourist arrivals in Bali jumped 51.42% year-on-year. This was followed by double-digit gains in the following two years and a 57% surge in 2017.

“Normally a drop of 300,000 in tourist numbers would be a matter of dire concern — but in this case it is a good thing,” says Indonesia Institute president Ross Taylor.

“What we will now see is a rebalancing of the numbers going into Bali. Those people who are now not coming were — though no fault of their own — contributing nothing to the Balinese economy but were adding to traffic jams and environmental issues,” Taylor said.

The great Australian love affair with Bali has run hot and cold in recent years, but the pick-up in 2018 appears to have held, with numbers up 3.8% this year.

Last year, 1.1 million Australians flew direct to Bali, second only to the 1.3 million tourists from the Chinese mainland. With less than one month to go, China is ahead by a nose as the lead inbound tourist country this year, but Australia could still claim line honors.

Yan Gde, a Balinese resident, agreed the number of Chinese tourists seems to have fallen. He says many locals would welcome this because they were weary of the increased crowding that appeared to have brought little financial benefit to the island.

He said the mainland China tourists generally traveled in groups and were not overly sensitive to the locals.

“They generally stay in Kuta in hotels that charge Indonesian rupiah 400,000 (about $40) a night. When they go to the beach, they take pictures as they wish without caring about others, especially if they get a good angle. Even if we try to warn them, they take no notice.”

Many holiday destinations are wrestling with the zero-dollar tourism phenomenon. Cambodia’s Minister of Tourism Thong Khon recently vowed to take action against companies that use low-cost tours to lure visitors to a destination and then leave them little choice in how they spend their holiday money.

Indonesia’s strategy to fight the practice copied many of the elements used by Thailand, which shut down companies, seized buses and arrested individuals found to be operating illegal tours.

The story was first published in The Australian Financial Review.