By Isabelle Li and Du Caicai 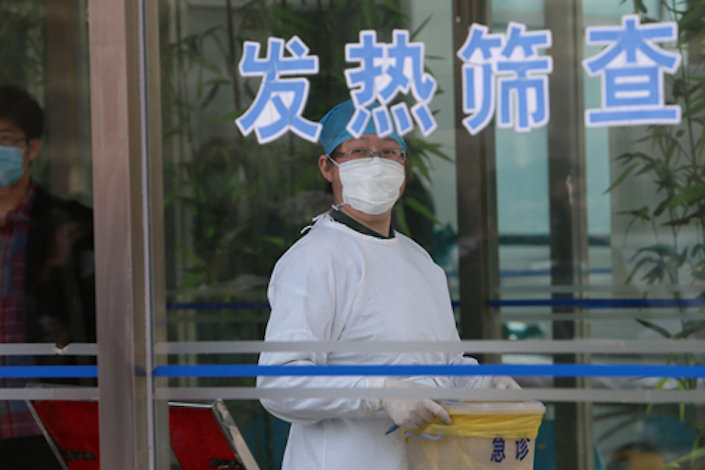 The disease can cause recurring fevers, joint pain, and severe headaches, among other symptoms. Photo: VCG

A veterinary research institute in the northwestern Chinese city of Lanzhou has reported a case of brucellosis that has so far affected 65 of its students and researchers.

The institute, an affiliate of the Chinese Academy of Agricultural Sciences, said in a statement Friday afternoon that four of its students have been confirmed to be infected with brucellosis, a highly contagious bacterial disease which humans can get from contact with infected animals or animal products.

Another 61 have tested positive for antibodies for the brucella bacterium, the Friday statement said. The institute closed the affected laboratories and started an investigation after the first four cases were reported last week. Of the 263 people who have been tested, four were confirmed with a latent infection and 61 tested positive for antibodies, but none yet showed overt clinical symptoms of the disease, it said.

The Health Commission of Lanzhou, the public health authority in the capital of Gansu province, confirmed the news in a follow-up release, adding that most of the 65 people affected are staff workers in the institute’s labs. The release also stressed that because the source of brucellosis is usually animals carrying the bacteria, the risk of human-to-human spread is minimal. The institute has undertaken measures to contain those exposed to the disease and so it “should not pose a new threat to its neighboring communities”, the authority said in its release.

Brucellosis is an infectious disease normally caused by ingestion of unpasteurized milk or undercooked meat from infected animals. Humans can also become infected by close contact with infected animals or their secretions, as veterinarians would be likely to do. Animals that are most commonly infected include sheep, cattle, goats, pigs, and dogs.

The disease, also known as Malta Fever or Mediterranean Fever, can cause recurring fevers, joint pain, and severe headaches, among other symptoms. Chronic brucellosis is especially hard to cure and will cause a general lack of energy and a persistent feverish state in patients. The symptoms can last for months or even years but the disease is rarely deadly.

Sources familiar with the situation told Caixin the bacteria was first found in the institute in lab mice used used for some experiments in mid-November, after which a few students started testing positive for the disease. By Wednesday, the institute ordered all the research teams to suspend experiments related to animals, and organized a blood test of all staff. The exact source of the infection is still unclear.