Xiaomi Takes on Apple in Japan With 108-Megapixel Budget Smartphone 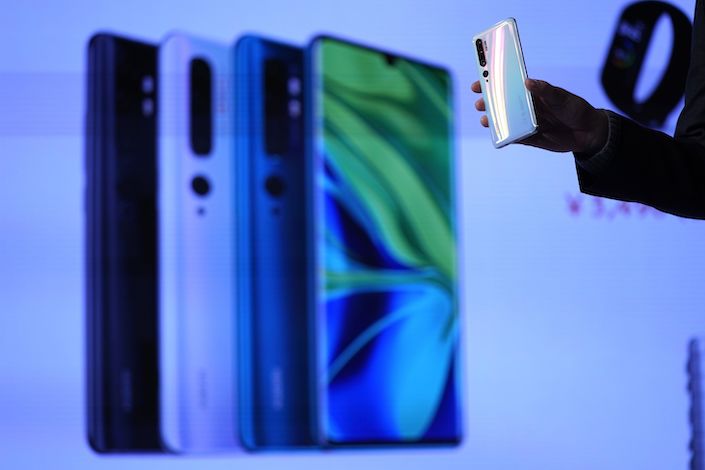 Xiaomi Corp., the world’s fourth-largest smartphone maker, is entering Japan and taking on Apple Inc. with a budget-friendly smartphone and a connected fitness tracker.

The company is making the Mi Note 10 Android smartphone available in Japan for immediate pre-order to be shipped Dec. 16, according to a statement Monday. Priced from 52,800 yen ($486), the handset has a high-resolution 108-megapixel camera, a 5,260mAh battery rated to last longer than two days and a 6.5-inch OLED display with curved edges.

Alongside the Mi Note, Xiaomi also introduced its Mi Smart Band 4 wearable for 3,490 yen, a portable battery pack for 1,899 yen, an induction-heating rice cooker for 9,999 yen and a premium all-metal suitcase for 17,900 yen, all aggressively priced for the Japanese market.

The top Chinese smartphone vendor after Huawei Technologies Co. is looking eastward to help offset declining share in its home market. Xiaomi’s China shipments took a 30% dive last quarter, while hardware sales in India and Europe grew. It faces an uphill battle in Japan, however, where the shrinking smartphone market dominated by Apple features unique consumer preferences that have kept domestic brands like Sharp Corp. and Fujitsu Ltd. relevant.

“Xiaomi has to keep looking for new markets to recover its smartphone shipment growth, after losing its market share in China,” Bloomberg Intelligence analyst Anthea Lai said. “Outside the home-grown brands, Japanese have a strong preference for the iPhone.”

Apple shipped about 45% of all the smartphones in Japan in the fiscal first half to Sept. 30, according to a report by MM Research Institute Ltd. Sharp, Samsung Electronics Co. and Sony Corp. followed, none of which exceeded 13%. Huawei, which ranked fifth last fiscal year, didn’t make the top five after carriers earlier this year dropped its models from their lineups amid China-U.S. trade tensions.

Over the long run, Xiaomi is betting the worldwide commercialization of fifth-generation wireless technology will juice demand for mobile devices capable of hosting ultra-fast video and game streaming. The company plans to introduce at least 10 5G-enabled smartphone models next year as state-backed carriers in China spend billions of dollars constructing networks.

Japan’s smartphone shipments will probably shrink about 10% to 27.6 million units for the full year ending March before rebounding the following year when 5G models will contribute about 2 million units to the total, according to MM Research.

Xiaomi is also expanding its product portfolio beyond smartphones to encompass everything from electric scooters to smart door locks, part of an effort to build an Internet of Things ecosystem. It’s continuing to build out internet services in pursuit of a strategy billionaire co-founder Lei Jun articulated before the company’s 2018 Hong Kong initial public offering. The stock is trading at less than half the price of its peak in July 2018.