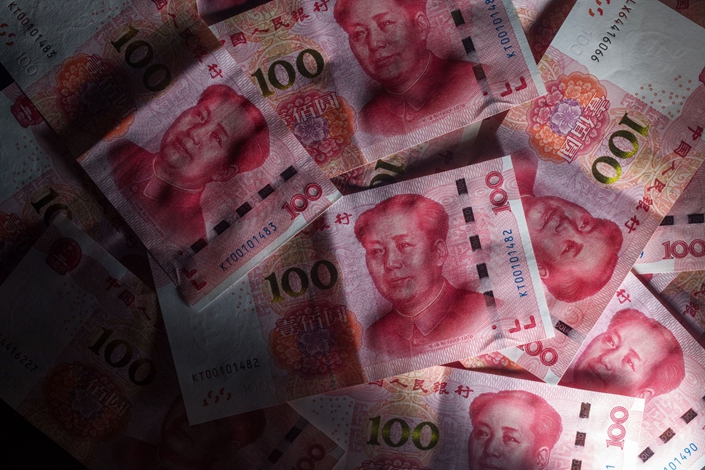 The People’s Bank of China added 300 billion yuan through the medium-term lending facility, with 286 billion yuan being used to roll over loans coming due on Monday. Photo: Bloomberg

(Bloomberg) — China injected liquidity into the financial system by offering medium-term loans to banks, in the government’s latest effort to support economic growth. It kept interest rates on the loans unchanged.

The People’s Bank of China (PBOC) added 300 billion yuan ($43 billion) through the medium-term lending facility, with 286 billion yuan being used to roll over loans coming due on Monday. The difference adds up to be about $2 billion. It offered the one-year loans at 3.25%, according to a statement. The central bank refrained from injecting cash through reverse repurchase operations for a 19th session on Monday, the longest hiatus in a year.

China’s government bonds and money market rates barely reacted to PBOC’s injection, suggesting the U.S.-China trade truce was largely priced in. The benchmark 10-year sovereign yield was little changed near 3.2% as of 10:16 a.m. in Shanghai. The notes, whose yields moved in a narrow band of 5 basis points over the past month, may become more volatile as demand for cash increases ahead of the Lunar New Year holiday in January.

Chinese authorities had already added $16 billion into the banking system with MLF on Dec. 6, and released $29 billion on Nov. 15. The PBOC also lowered the cost on the loans in November.

Economic growth showed signs of stabilizing and regaining growth momentum in November, according to data released Monday. Industrial output rose 6.2% from a year earlier, versus a median estimate of 5%. Retail sales increased 8%, compared to a 7.6% projection.