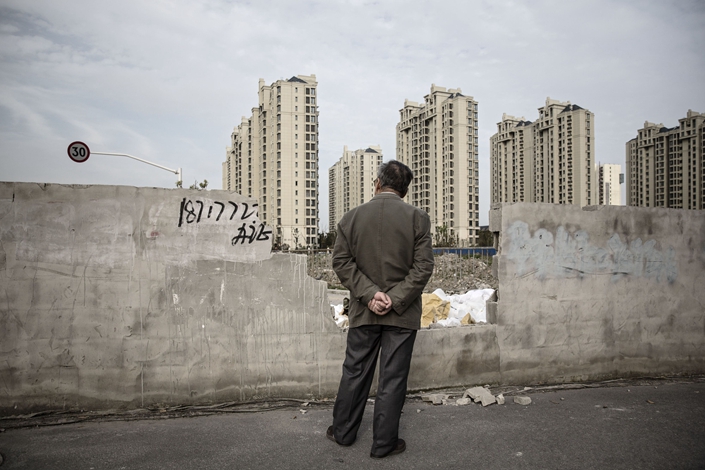 A man looks out from an opening in a wall as residential buildings stand in the distance in the Jiading district of Shangha, on April 11, 2016. Photo: Bloomberg

Twenty-one cities reported a drop in values, the most in almost four years. The most evident decline was in second-tier cities, mainly regional economic hubs, even as some of those centers made it easier for people to obtain highly sought-after residency permits, which have the potential to spur sales.

Developers may have to cut prices even further to meet sales targets set at the beginning of the year. Buyer sentiment has deteriorated, with transactions last month slipping 1% from October after a 37% surge in supply, China Real Estate Information Corp. data show

Some economists, including those at Goldman Sachs Group Inc., forecast authorities may have become “slightly less hawkish” regarding concerns about property sector over-tightening. However they say a full-scale easing is unlikely.

The worst may be yet to come. A leading indicator on property development — developers’ new starts — declined from a month earlier for the first time in 25 months.