Opinion: Economic Growth, Not Redistribution, Is the Answer 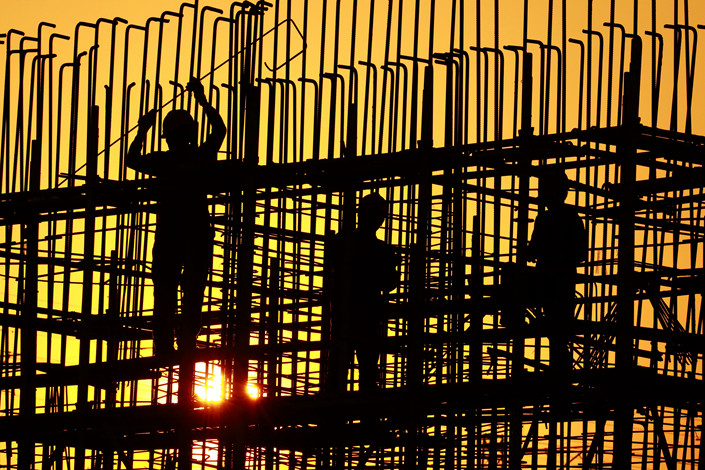 December is usually a time for looking back on the past year and forward to the year ahead. In 2019, we have witnessed rising political extremism (on both the left and right) and polarization, increased government instability, and growing tensions between central and subnational governments. Each trend will continue in 2020. Almost everywhere one looks, there is a growing gap between what people demand of governments and what governments can deliver. The reasons vary, but a significant underlying cause explains many of the grievances: sluggish economic growth.

While rising inequality — a problem that the data suggest is real but overstated — has moved to the center of public debate, the key issue is that living standards are not improving fast enough among those who are falling behind. In the United States, the policies being proposed to address this issue include much higher marginal income-tax rates, a large tax on wealth, and massive new entitlements and subsidies, implying larger deficits and far more government control of the economy. Unfortunately, this policy mix promises to reduce, not increase, living standards. To expand the economic pie, allowing people and firms to interact freely in markets is a much better option than relying on government planners or bureaucrats. The government’s role should be limited to setting and enforcing fair rules of the game.

In the U.S., per capita after-tax income is 50% higher than that of the Scandinavian social democracies, which fund their welfare states through high regressive consumption taxes on the middle class. Unwilling to accept that reality, commentators on the left claim that inequality itself is the cause of slow growth. Noting that the wealthy tend to save a greater proportion of their income, they argue that more downward redistribution would boost consumption and therefore growth.

But this argument is a minor consideration applicable only in the context of a long-running recession. In a fully employed economy, savings are needed to finance investment, which in turn boosts productivity — output per work hour — and wages. Moreover, there are other ways to increase low incomes that do not impair the savings-investment engine; prime examples include investments in education and job training.

President John F. Kennedy famously quipped that “A rising tide lifts all boats.” Obviously, that claim is somewhat hyperbolic; but even if growth cannot lift all boats all the time, it clearly lifts the most, and leaves the fewest stranded or sunk. In today’s context, stronger U.S. growth has tightened the labor market, such that wages for low earners are rising faster than those of any other cohort. Unemployment is at a five-decade low, and at an all-time low for African-Americans and Hispanics.

Nonetheless, we need even stronger economic growth to alleviate the pressure for radical economic and political reform. There is an ongoing debate about whether the slowdown in productivity growth of the past 15 years reflects long-term structural forces or something else. The pessimistic camp — which includes, most notably, Northwestern University economist Robert J. Gordon — argues that the productivity-enhancing effects of recent technological advances fall far short of those associated with earlier technologies such as electricity, indoor plumbing, and the automobile.

Optimists, meanwhile, point to nanotechnology, precision biomedicine, and artificial intelligence as likely harbingers of a new era of technology-driven gains. The next “killer app,” they argue, may be impossible to predict, but history suggests that one will emerge, as it always has.

Besides, the main commercial value derived from a new technology is not always what the inventor had in mind. James Watt’s original intention was not to usher in steam-driven railroads, but to create a method for pumping water out of coal mines. Guglielmo Marconi sought to compete with the telegraph in the domain of point-to-point communication, without envisioning that his efforts would lead to broadcast radio. Legend has it that Thomas Edison sued to prevent the phonograph from being used to play music (its original intended purpose was to help the blind).

Another complication concerns the measurement of productivity, real (inflation-adjusted) GDP, and inflation. Consider the U.S., where an ever-larger share of the economy — 70% of the private sector — comprises hard-to-measure services, rather than goods production. For decades, well-documented changes in quality, new products, and substitution biases have understated growth and overstated inflation. And improvements by statistical agencies have only partly overcome this problem.

The proliferation of (putatively) free services — social media, video calls, search engines, email — pose new measurement issues. GDP captures the total value of goods and services at market prices. But if the market price is zero, that value goes uncounted, unless one uses an alternative measure, such as the advertising revenue that subsidizes the service.

What would consumers be willing to take as compensation for doing without a given free service? To answer such questions, Erik Brynjolfsson of MIT and Erwin Diewert of the Vancouver School of Economics conduct experiments in which participants are asked whether they would give up a service in exchange for a low-probability chance of winning some modest amount of money.

In the case of Facebook, Brynjolfsson and his colleagues conclude that the value of the service – based on an estimated “marginal willingness to go without” – is three times the company’s advertising revenue. Obviously, such estimates are preliminary. Abstaining from a service for a month in exchange for something similar to a lottery ticket offers a reasonable approximation of value only under very strong assumptions. In the meantime, academics and government statistical agencies will continue working on methods to improve existing measures.

In any case, it is still unclear whether the value of new technologies is being undercounted more than it was in the late 1990s, when a commission I led estimated that quality improvements and new-product biases accounted for about three-quarters of one percentage point (of a total of 1.1%) per year in overstated cost-of-living increases.

Of course, one hopes that the optimists are correct. But if productivity gains are and will remain meager, as the pessimists warn, economic policymakers at the national and international levels should act accordingly. Achieving faster long-run growth must be the top priority.

Michael J. Boskin is professor of economics at Stanford University and senior fellow at the Hoover Institution. He was chairman of George H. W. Bush’s Council of Economic Advisers from 1989 to 1993, and headed the so-called Boskin Commission, a congressional advisory body that highlighted errors in official US inflation estimates.