Defaults in One of China’s Richest Provinces Spook Investors 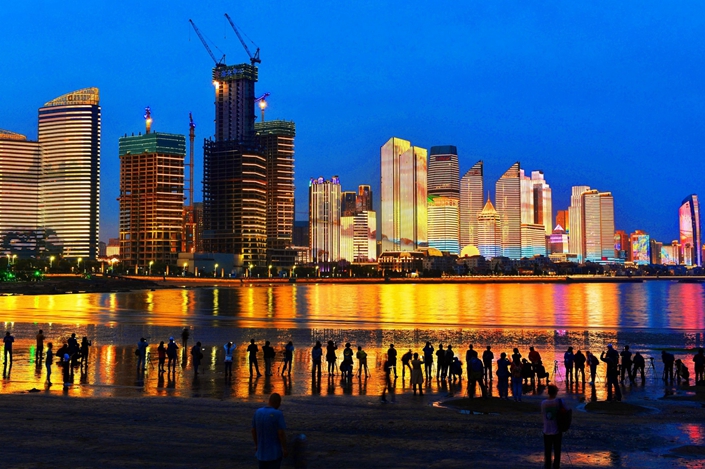 (Bloomberg) — Six privately owned companies in one of China’s wealthiest provinces have defaulted on their debt or come perilously close in the last three months. With 68.1 billion yuan ($9.7 billion) in outstanding debt among those six companies alone, the distress in Shandong has rattled even seasoned investors.

The problem isn’t the defaults themselves — other provinces have seen more and worse. It’s the practice common among Shandong companies of guaranteeing each others’ debts. Firms don’t have to make public these liabilities, leaving investors to wonder who’s on the hook and for how much. With the once-strong industrial economy flagging, the murky ties between the province’s private companies threaten to drag them all down together.

This is one of many challenges bond investors must grapple with in China now, after defaults onshore climbed from zero just a few years ago to 126.7 billion yuan in 2019. In Shandong and elsewhere, it’s still unclear how the government will intervene. Policymakers have been increasingly willing to let weak companies fail, but they’re also under pressure to keep the economy growing and the markets stable.

As of now, Shandong’s city and local governments have stepped in with piecemeal relief. It’s uncertain whether the provincial government will do the same. As a result, the province’s firms risk entering a vicious cycle that “spreads solvency risks to the entire region, swamping the good credits along with the bad,” according to an October report from S&P Global Ratings.

The default rate for bonds issued by non-state companies across China increased to a record 4.5% in the first 10 months of 2019, Fitch Ratings said in a Dec. 3 report, adding that the figure might understate the true level of defaults given that some borrowers settle with bondholders privately rather than through clearing houses. The rate for state-owned companies was just 0.2% thanks to financial support from the government and better access to funding from banks, Fitch said.

In Shandong, fears of contagion show up in unusual ways. In late October, bad news about a corn and steel conglomerate in the province dragged down the bonds from at least two seemingly unrelated provincial neighbors. Aluminum producer China Hongqiao Group Ltd. and food distributor Shandong Sanxing Group had been known to back other companies’ debt, and investor concerns that they’d be responsible dragged their bonds to record lows.

Hongqiao tried to reassure its creditors, saying it doesn’t have a business relationship with the group and didn’t plan to offer any financial support. The three main international rating companies haven’t changed their assessments on the borrower since then but investors remained unconvinced. The yield of one of its dollar bond hit 14% last week, a new high.

Shandong is one of China’s oldest economic centers, built first on trade, then agriculture, mining and oil drilling. Not long ago, the economy was still booming, credit was cheap and private firms were on a spending spree, restrained only by limited access to capital. In communist-run China, state-owned banks tend to favor state-owned companies for loans.

So city governments encouraged the private sector to support itself. Cross-guarantees were one solution. They also concentrated the financial risks, says S&P analyst Cindy Huang.

“Cross-guarantees tend to be clustered around certain cities and regions rather than across the province,” she said. “They’re often between private, unlisted companies from either the same city, same sector or where CEOs know one another.”

It’s not clear how common cross-guarantees are in the rest of China, an information gap that heightens investors’ anxiety. There was one analyst who tracked them at Citic Securities Co., and he left the field earlier this year. His last survey, in 2018, suggested that cross-guarantees had made Shandong firms more vulnerable than anywhere else in the country.

In the last year, Shandong’s economy has slowed dramatically. Demand for industrial products is down overall; in the province, industrial profits fell 15.5% through October relative to a year earlier. It’s still China’s third-richest province, but through the first nine months of 2019, it grew by just 5.4%, one of the slowest in China.

Some of Shandong’s firms may find some reprieve from local and city governments. State-owned Jining City Construction, for example, came to the rescue of Ruyi in October. It agreed to become the company’s second-largest shareholder and provide a guarantee for some of its debt. Even still, S&P downgraded and later withdrew Ruyi’s rating at the company’s request sending notes to record lows.

Chinese authorities have reasons to save jobs and preserve social stability, but it’s unlikely they’ll bail out every struggling firm and not always clear how relief will be allocated. The political will to rescue China’s private companies has been waning since Beijing allowed the first defaults in 2014.

That puts growing pressure on businesses and their bondholders to work out solutions by themselves. “The next step is to see if local companies can successfully refinance,” said Ivan Chung, head of greater China credit research and analysis at Moody’s. He echoed mounting calls for companies to provide more and better information to their investors. “In the long run, companies must become more transparent and improve corporate governance to restore the confidence of financial institutions.”