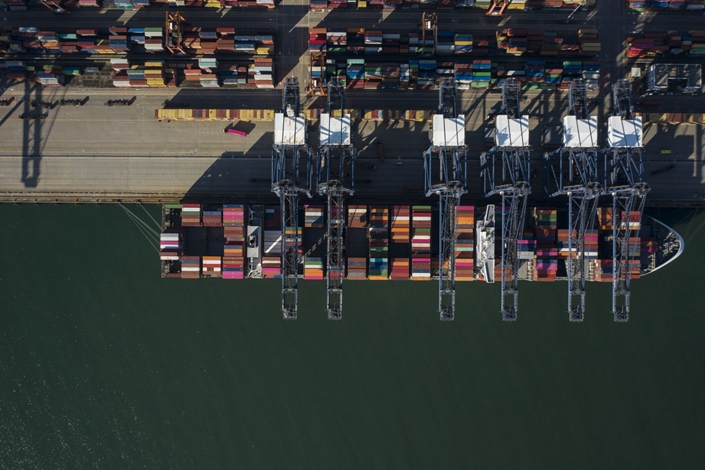 (Bloomberg) — China’s economic growth will come in at 5.9% in 2020 as easing trade tensions and the prospect of lower bank borrowing costs boost confidence, according to analysts and traders.

That’s an upgrade from the previous forecast of 5.8% from November, before the U.S. and China agreed to a phase one deal to lower tariffs and boost agricultural trade between the two nations. The economy will grow by 6.1% this year and by 5.8% in 2021, according to the median estimate of around 70 economists in a Bloomberg survey.

Observers see policymakers maintaining a measured pace of easing into next year, trimming the price of central bank medium-term lending by 15 basis points with the first cut coming in the first quarter, according to results combining the economists survey and a separate survey of market analysts and traders.

The latest results suggest sentiment on China’s outlook has started to turn around, boosted by better-than-expected output data in November.

“With the announcement of a trade deal, we now have greater conviction that the Chinese economy is on a mini-cycle recovery path in 2020,” Robin Xing, chief China economist at Morgan Stanley Asia in Hong Kong, wrote in a note. Policymakers will continue with “defensive easing,” and monetary policy will remain accommodative to facilitate fiscal easing, he said.

While the upward revision is broad-based in the surveys — ranging from consumption to investment — economists expect a particularly strong boost from external demand in 2020. China’s exports are seen growing by 2% in 2020, up from the previous forecast for a 1% decline. The survey also showed factory-gate prices, in deflation for much of this year, recovering from the third quarter of 2020.

Still, a firm recovery of the overall economy is not yet consensus, particularly as private companies still struggle to find cheap funding. China’s base rate for new corporate loans remained steady in December, reflecting policymakers’ uneven progress in reducing borrowing costs for the real economy. The People’s Bank of China has been pumping in funding into the financial system this week to ease possible year-end liquidity tightness.

“Next year will be a transition year for the economy to shift to good from bad, and there’ll be contradictions in macro and micro economic data,” said Meng Xiangjuan, analyst at SWS Research Co. Ltd. “Market views on next year’s economy will also be divided.”