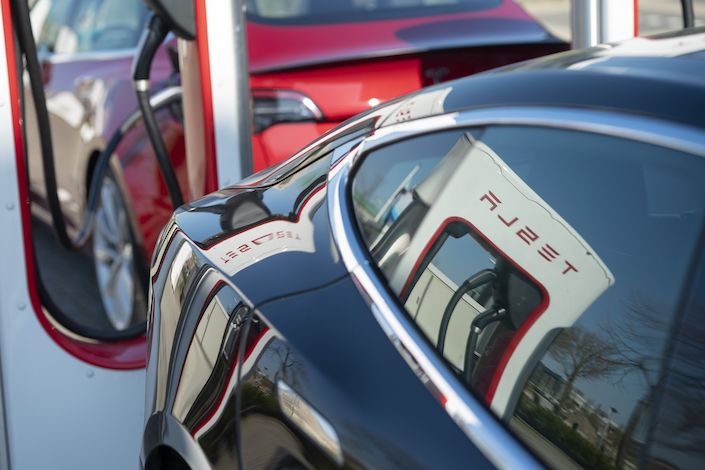 Tesla Inc. bucked a downturn in the world’s biggest electric-vehicle market as new-car registrations soared 14-fold last month in China, giving the Model 3 maker momentum as it prepares to begin deliveries from its multibillion-dollar Shanghai factory.

Registrations of Tesla cars climbed to a five-month high of 5,597 vehicles in November, compared with 393 a year earlier, according to state-backed China Automotive Information Net, which gathers and reports car-industry data.

Fears that China, the world’s biggest auto market, would raise tariffs on U.S.-made cars in December probably helped bolster sales, according to Bloomberg Intelligence auto analyst Steve Man. But that threat subsided last week after the U.S. and China agreed to the first phase of a broader trade agreement.

The figures could fuel the recent optimism that helped Tesla’s stock rally to a record high Thursday. They also stand out because the Chinese electric-car market has been shrinking for five months straight. Billionaire Elon Musk’s success in the country will largely hinge on how soon he can get Tesla’s new Shanghai plant, its first outside America, up and running so the company can lower prices and spur demand for its cars.

There’s much at stake for Tesla in China as the country accounts for about half of the world’s electric-vehicle sales and represents the company’s biggest market after the U.S.

Tesla’s China-built Model 3s are set to start at about $50,000, slightly cheaper than what the imported versions have been going for. The company may lower the locally built model’s price by 20% or more next year as it starts using more local components, according to people familiar with the matter.

Last year, sales of Tesla and other American-made vehicles were subject to a 25% punitive tariff that was rolled back at the start of 2019 as China and the U.S. moved closer to a trade agreement.